Image Source: Viator
So I’ve finally gotten round to doing a post on a place I’ve been wanting to visit for ages – The Harry Potter Warner Bros Studio Tour in Leavesden, London! If you are a Harry Potter fan like me, then this studio tour is a must-see – this is the real studio where they filmed all of the Harry Potter series and they’ve managed to put all the props, costumes and sets into one big exhibition! As my boyfriend’s birthday was coming up, I decided that it would be a great idea to give this place a visit! 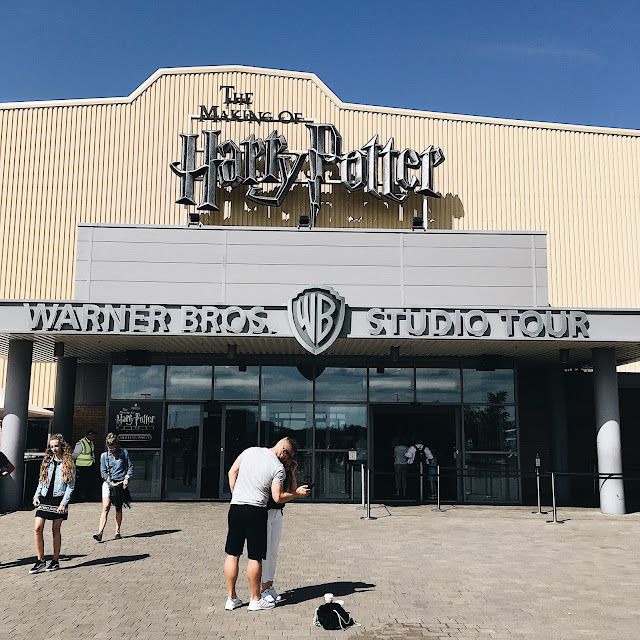 I had to book the tickets online about a month in advance, and it came to £75 altogether for two people. There was also an option to include a Souvenir Guidebook or a Digital Guide to enhance your experience. I’d definitely recommend booking your tickets in advance as the slots get booked up fast, especially on the weekends.
The studio is in Leavesden (Watford), which is really close to where I live, so it only took about 20-30 mins to drive there. It’s really easy to find with a Sat Nav, or there’s also the option of getting a shuttle bus from Watford Junction train station that takes you directly to the studio.

After collecting our tickets from the ticket office, we queued up to enter the studio. There were some props around whilst we were in the queue waiting to enter, such as the Harry Potter’s cupboard-room under the stairs. Then we were lead into a dark room and given an introduction to the tour, with large screens surrounding us where we watched a quick film about the making of Harry Potter. Then we were lead to another dark room, which had a larger screen in front of us (like a cinema) and more info about the making and history of Harry Potter was shown. This is when our excitement for the tour began, and we couldn’t wait to get inside! 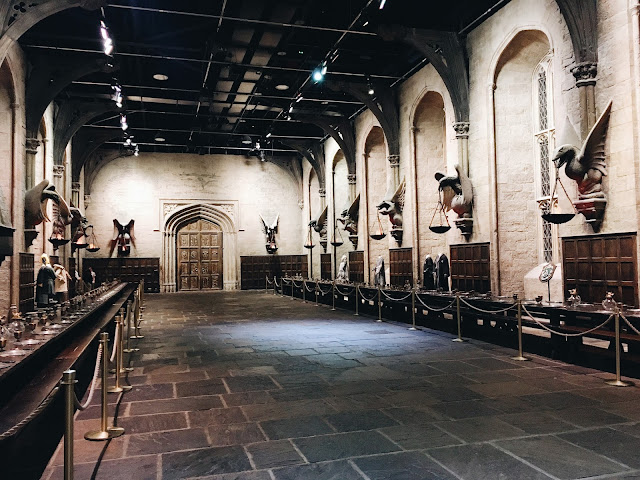 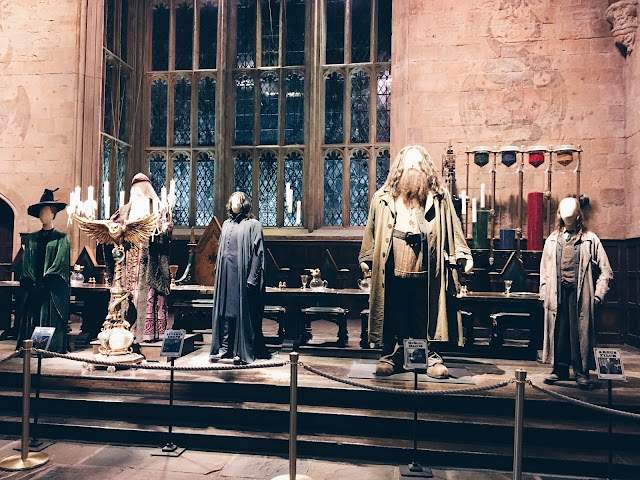 After the film was shown, the screen was lifted and 2 large doors appeared, where we’d enter into the Great Hall of Hogwarts. It was a self-guided tour, so we were allowed to explore the studios at our own pace. There was so much to see, and each prop or set would remind us of a certain Harry Potter film. We could really appreciate how much effort went into making the series! There was the moving staircases, the flying car in the Whomping Willow, Dumbledore’s office, Professor Snape’s potion classroom, the Gryffindor dormitory, Hagrid’s Hut, the snake door to the Chamber of Secrets and lots more… there was so much to see and admire!
There was also some interactive fun, such as the broomstick that lifts off the ground when you say ‘Up’, and we had some green-screen fun with the ‘flying’ broomstick, where you have the opportunity to ride a broomstick as if you were in the film! We were also able to wear the Hogwarts uniform/cloaks, and the staff would take pictures for you and film you riding the broomstick, and you have the option to buy the photos/videos afterwards if you wish. 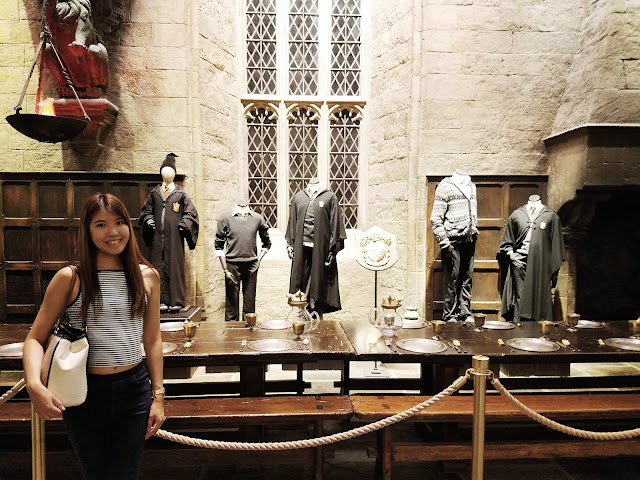 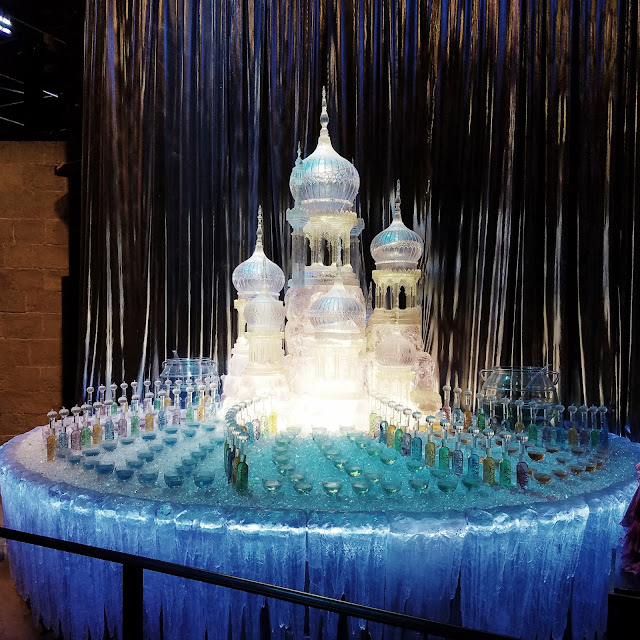 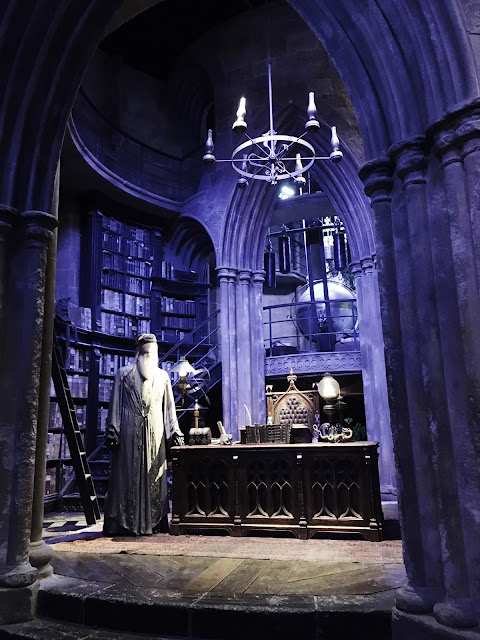 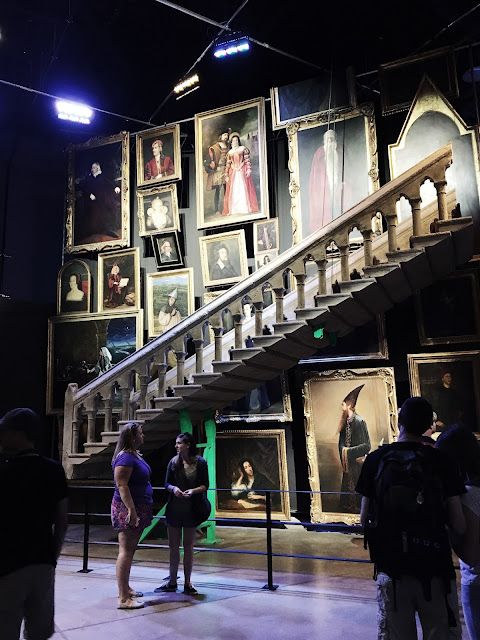 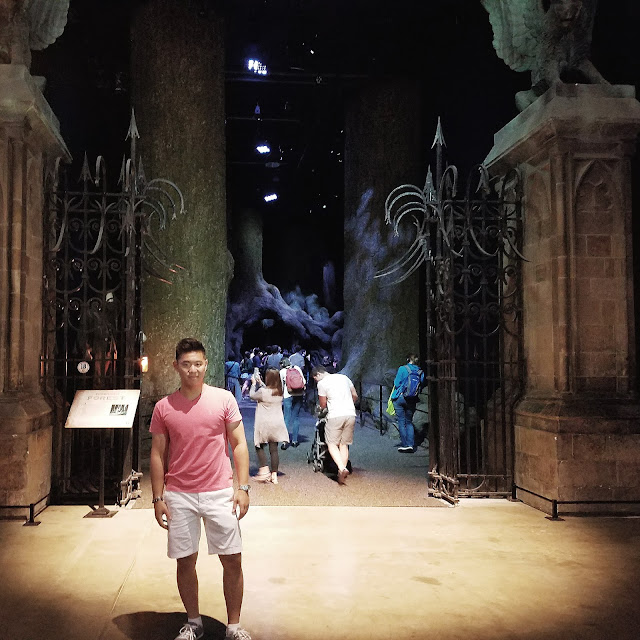 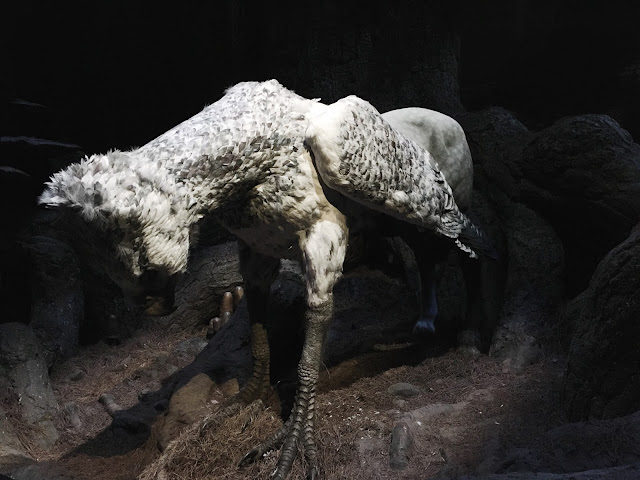 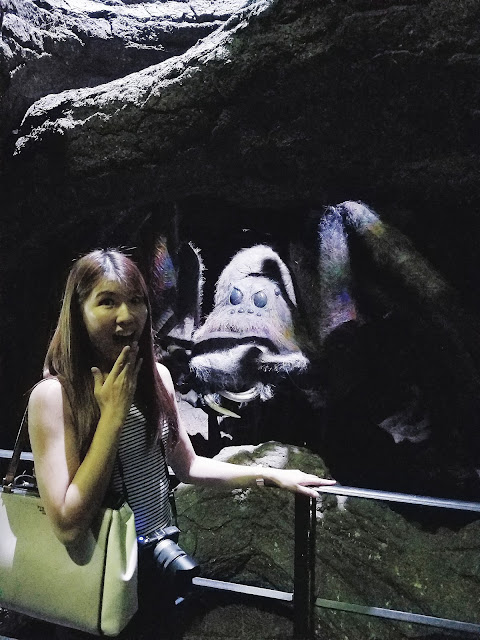 Half-way through the tour, there is an out-door section where we found the Knight Bus, the Dudley’s house on Privet Drive, Hogwarts Bridge, Hagrid’s Bike and the Flying Car. We could actually go inside the Dudley’s house and take pictures! They also sold the famous ‘Butter Beer’, which was a sweet, fizzy drink that tasted a lot like cream soda with some froth on top. It was really nice! 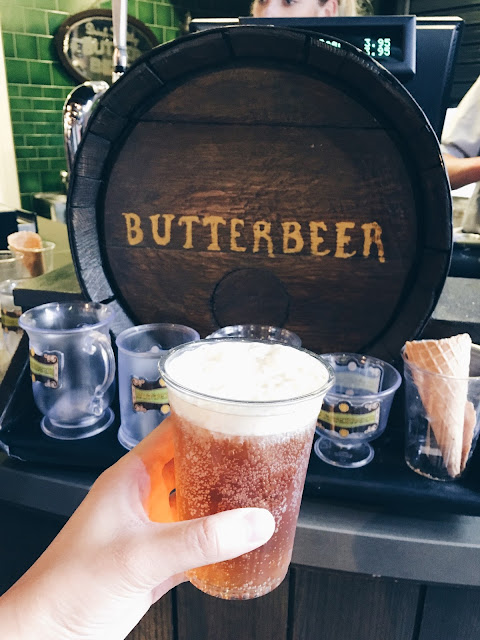 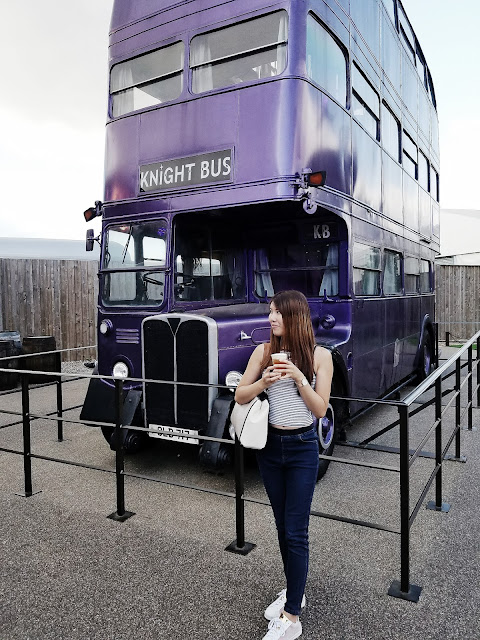 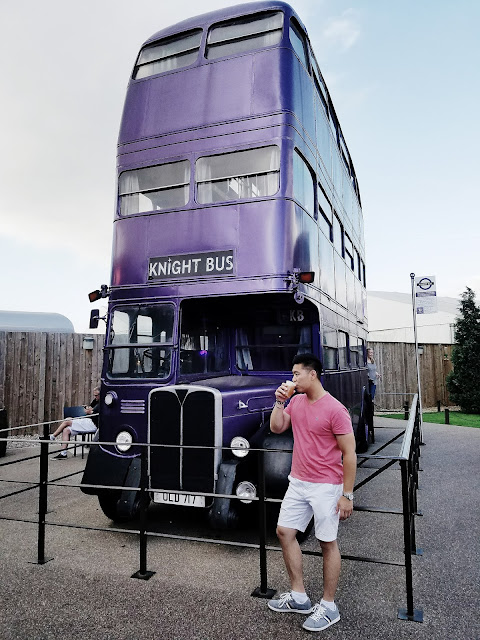 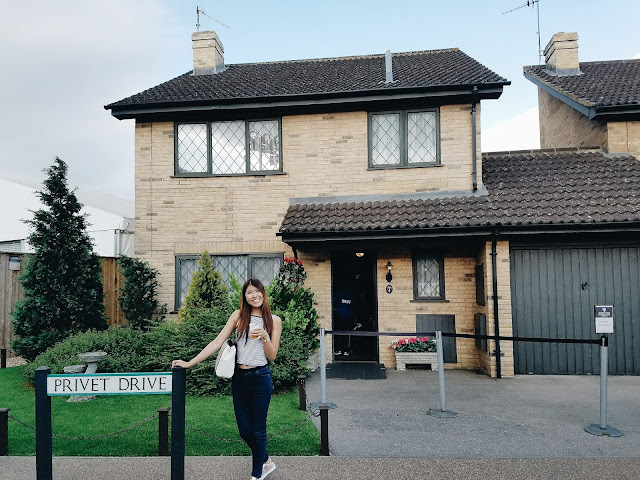 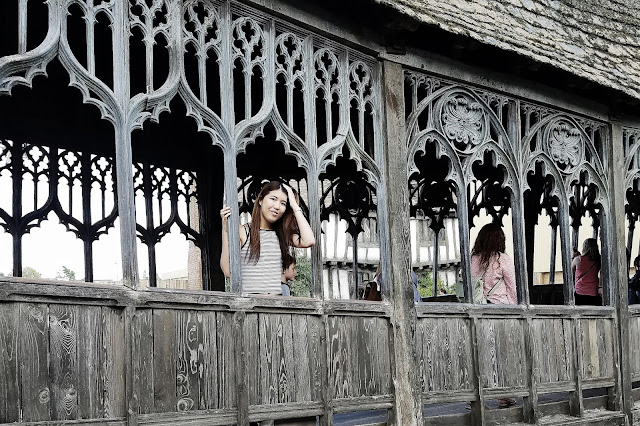 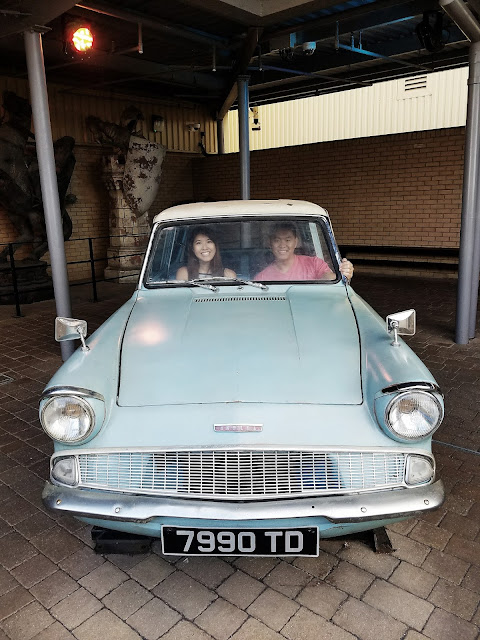 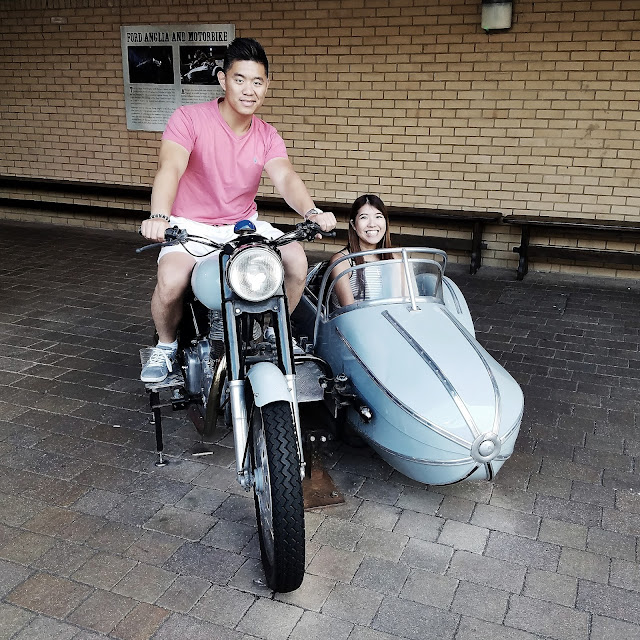 The next section of the tour lead us to more props and what went into making the films, such as the Goblins’ heads, the Basilisk, Dobby and more creatures. It was so interesting to see how the creatures were made and how much detail went into making all of them! We then went past ‘Diagon Alley’ and the sweet shop, and it actually looked like a real street! It was so strange to actually feel like you were inside the film, and it felt much smaller than what it looked like in the film. We also went past the Hogwarts express (train) and the 9 3/4 platform with the infamous trolley-going-into-the-wall. 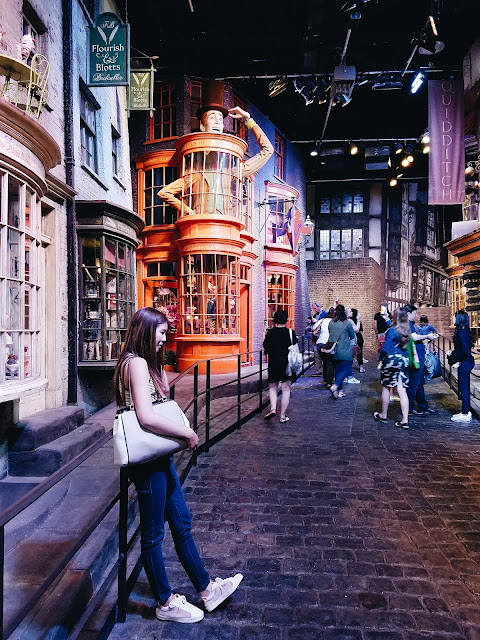 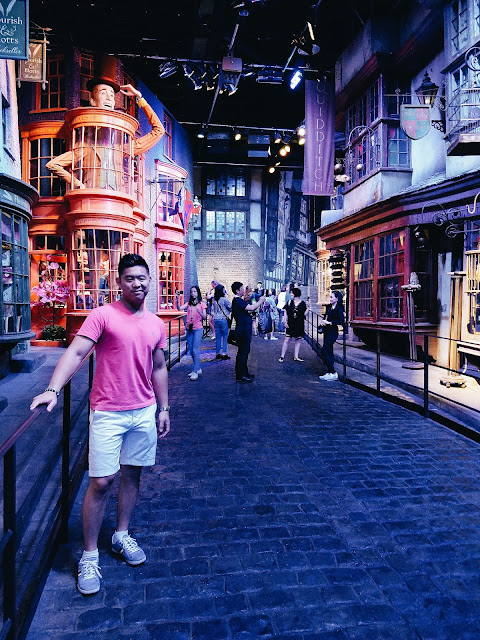 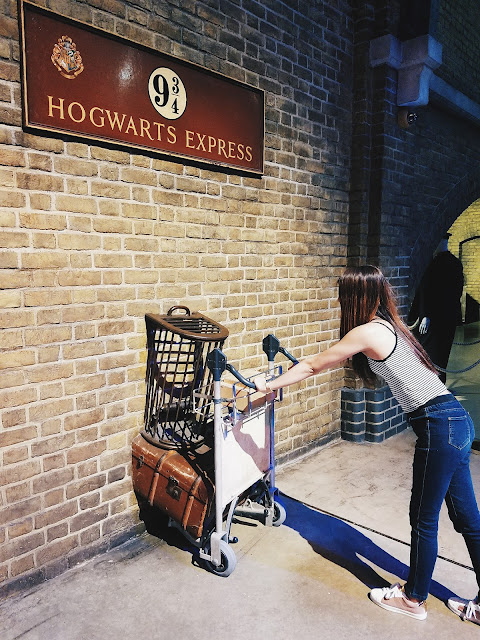 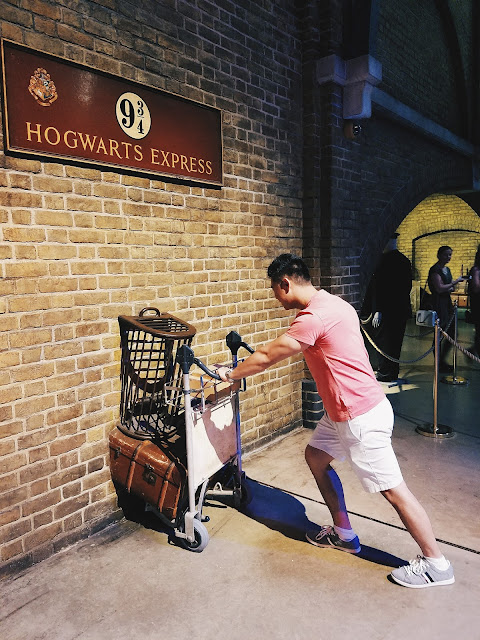 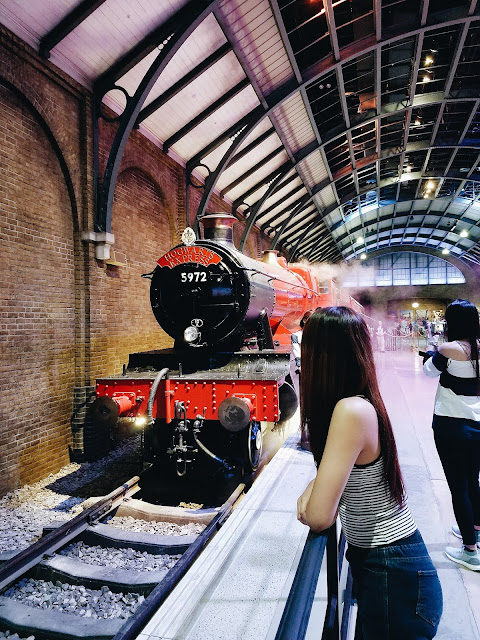 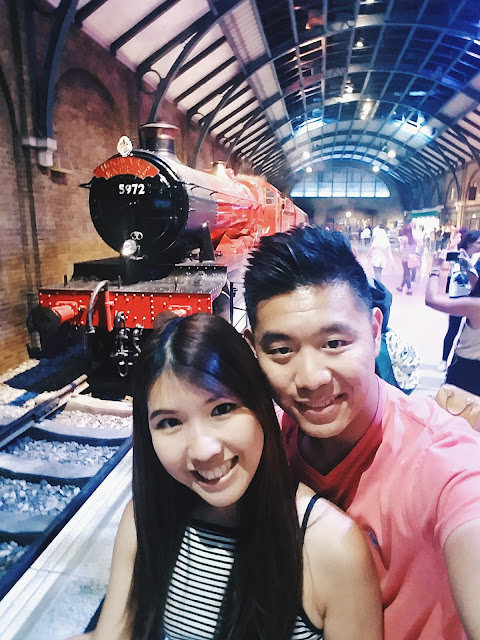 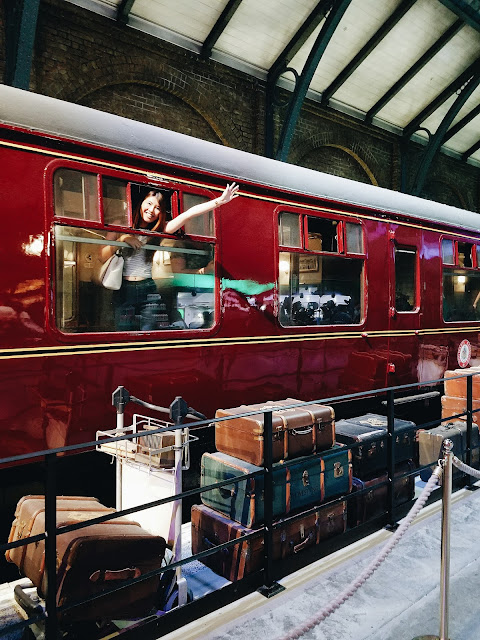 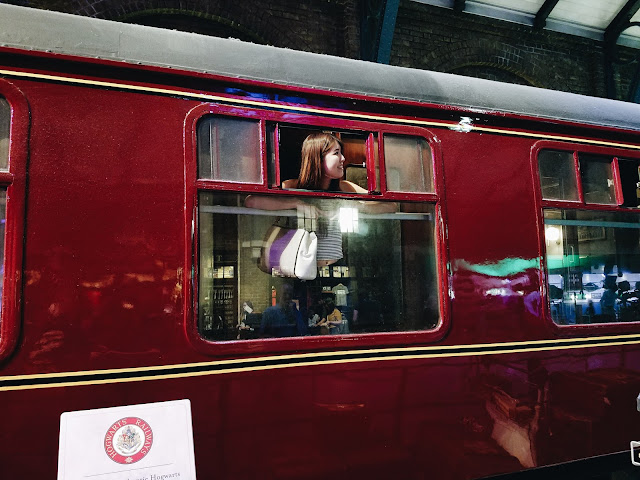 The last room was literally saving the best till last – we were shown a huge 1:24 model of the Harry Potter Castle, and we could walk around 360 degrees to see every angle and detail of the castle, it was amazing! The scale of it was incredible and it looked exactly like it did in the films! 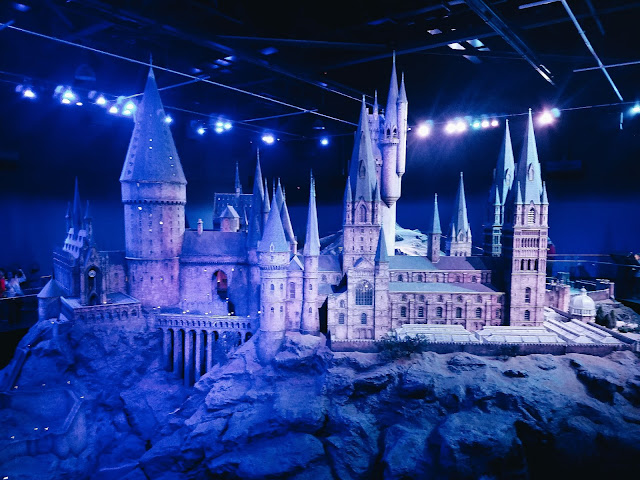 The tour ended with a large gift shop, where a huge range of Potter products were available to purchase, such as Harry Potter t-shirts, cloaks, scarves, keyrings, magnets, books, wands, toys, and even sweets that replicated the exact packagings in the films, such as the Chocolate Frog, Bertie Bott’s Every Flavour Beans and Honeydukes Honeycombs. There were so many great souvenirs for Potter heads, although unfortunately they don’t come cheap. 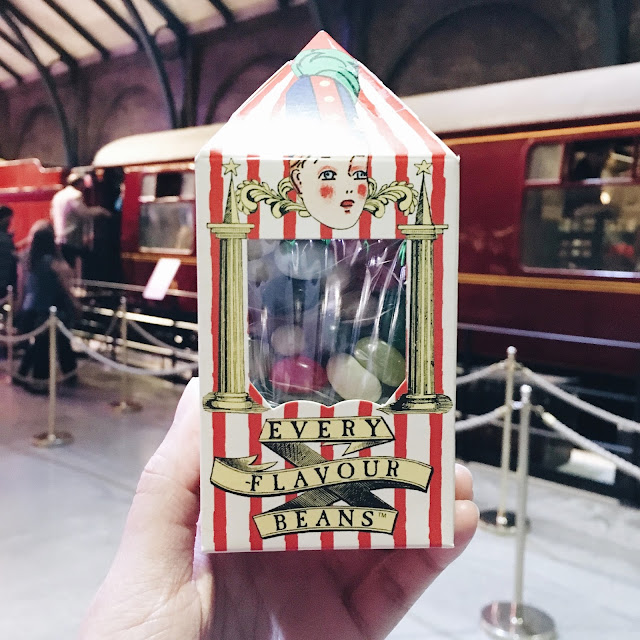 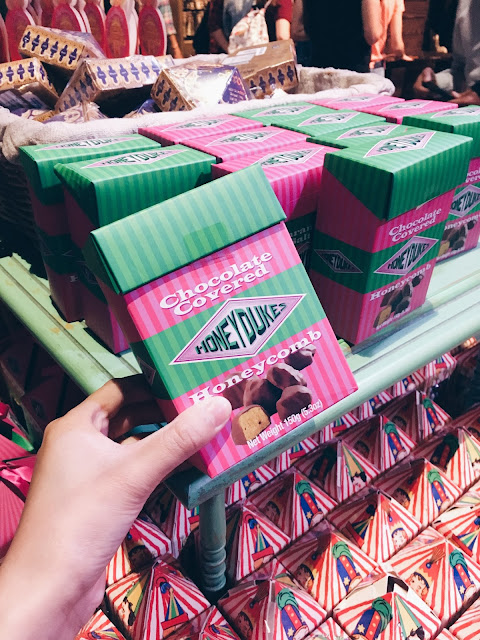 Overall, it was a great day out and an amazing Harry Potter tour, I’d definitely recommend a visit to the Warner Bros Studio Tour and ‘feel the magic’ haha, especially for Harry Potter fans! There was so much behind the scenes footage, and to be able to experience the atmosphere and see the sets close up and in detail was just amazing. I think the only thing missing is that they could include more interactions with the props to make it more fun and seem like you’re really involved, such as being able to step inside Dumbledore’s office instead of just being able to view it like we were in a museum, or being able to walk into the Chamber of Secrets and see the huge snake, that would’ve brought it all to life!
If you’ve visited the studios, let me know what you thought of it and which part was your favourite! Thanks for stopping by and reading this really long essay, I know I’ve waffled for far too long XD