Due to my exams and my boyfriend had to fly off to Malaysia, we had to delay our one year anniversary celebration until 2 weeks later, but we could finally celebrate it! 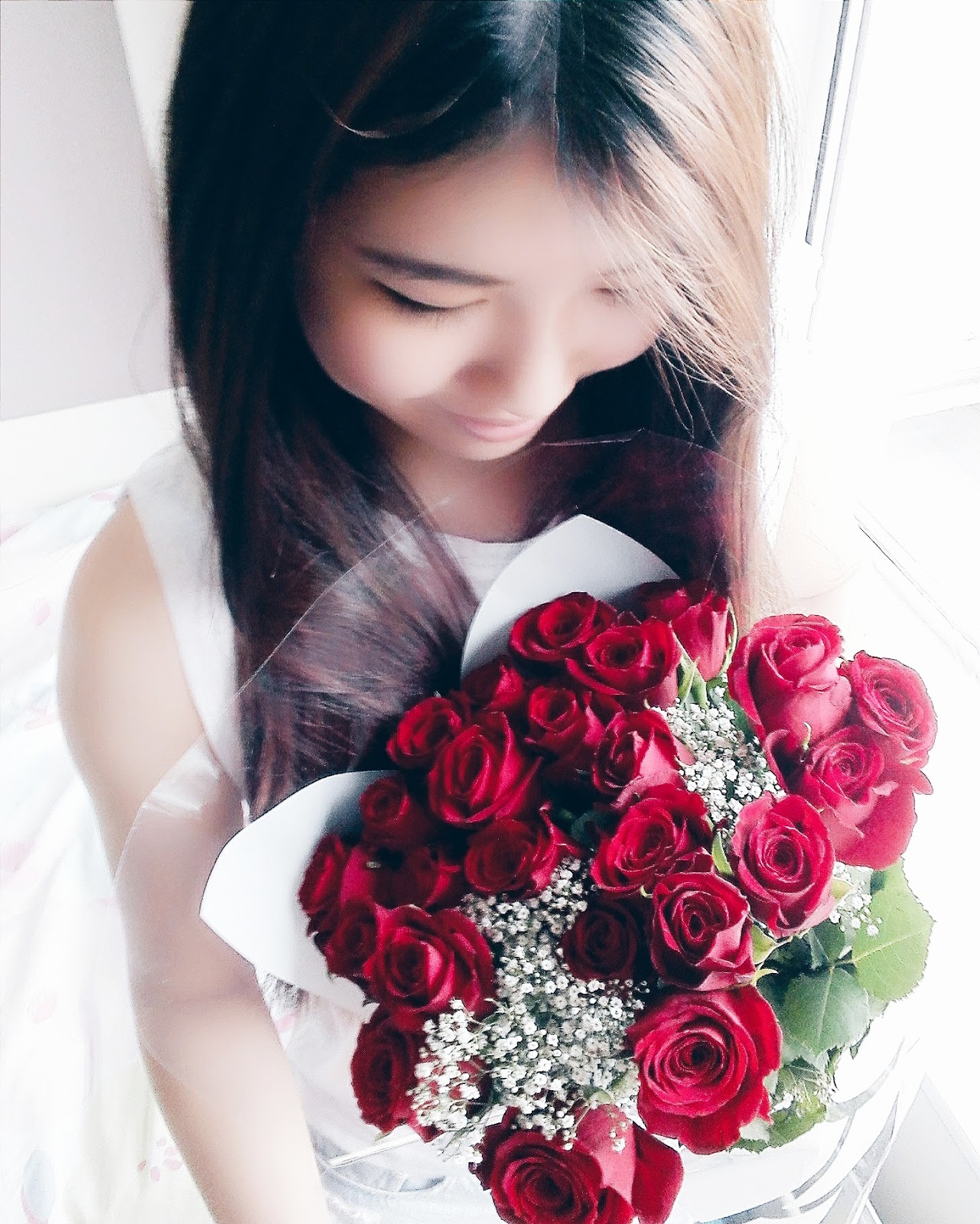 Here’s what we got up to: 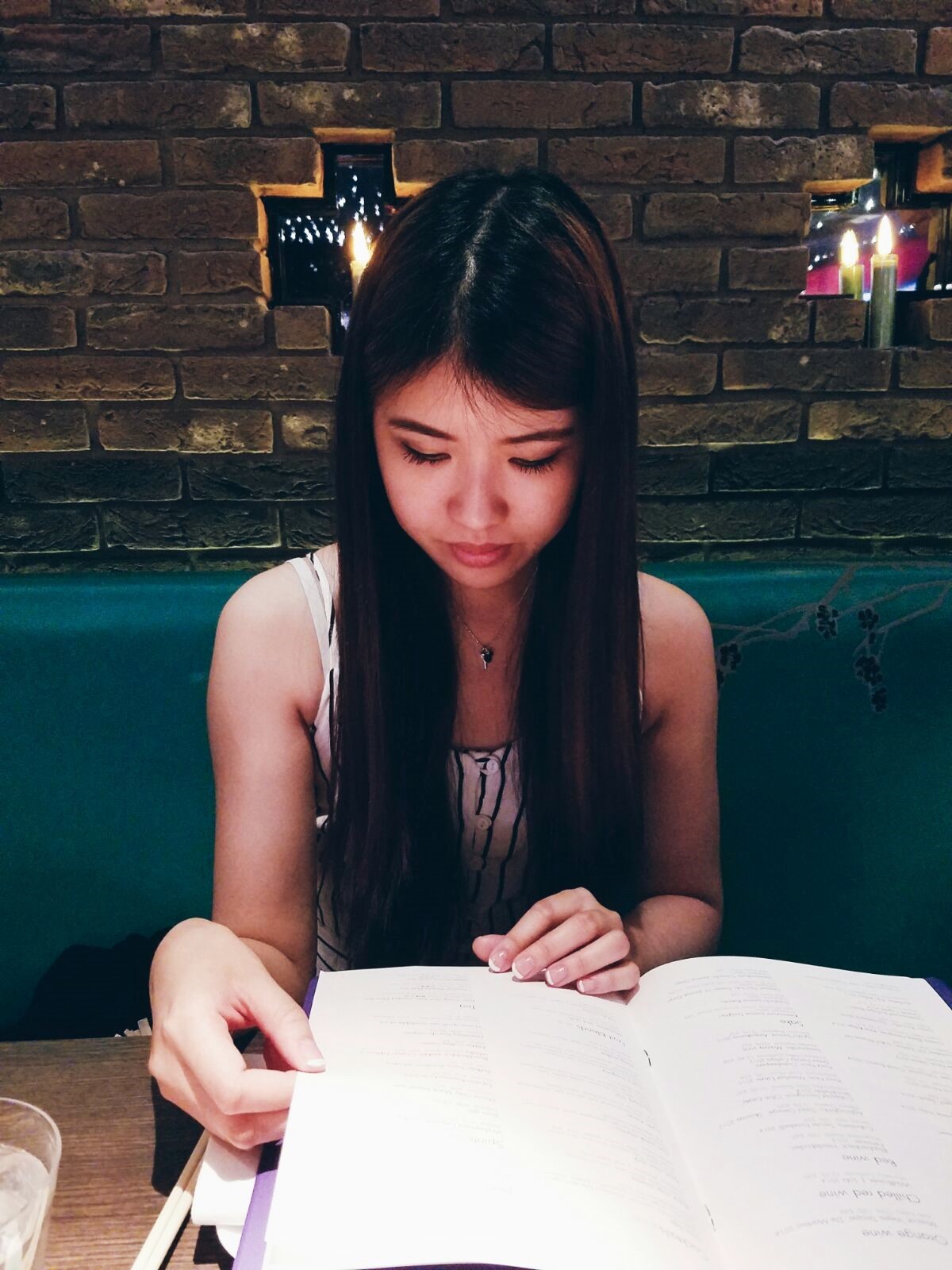 We had an anniversary lunch at Yauatcha in London – dim sum followed by yummy desserts 😛 This was a restaurant that I’d wanted to visit for ages! But we had to book in advance. The dim sum was nice and there were some unusual ones on the menu, such as the duck and pumpkin dumplings, lobster and king crab dumplings. 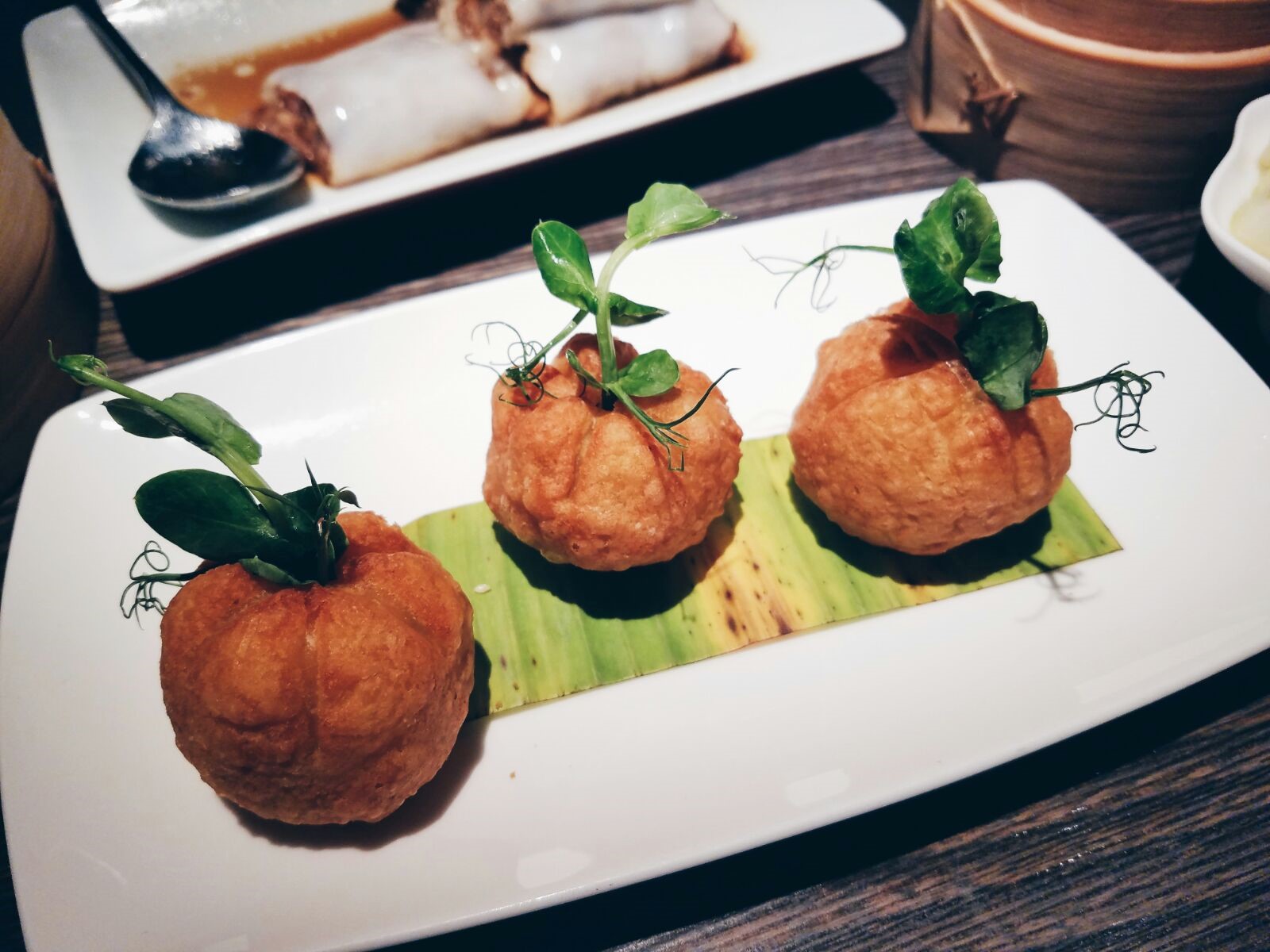 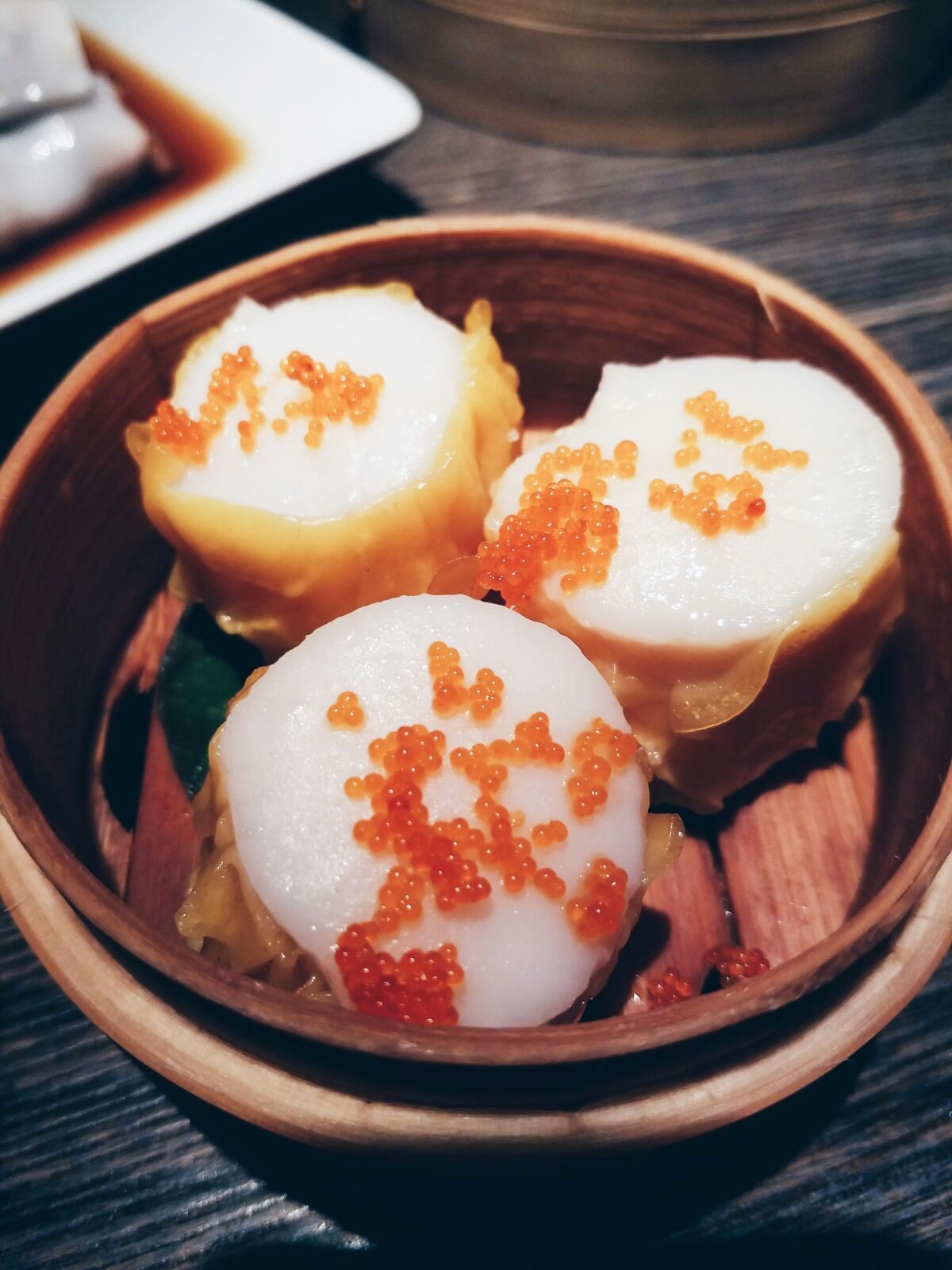 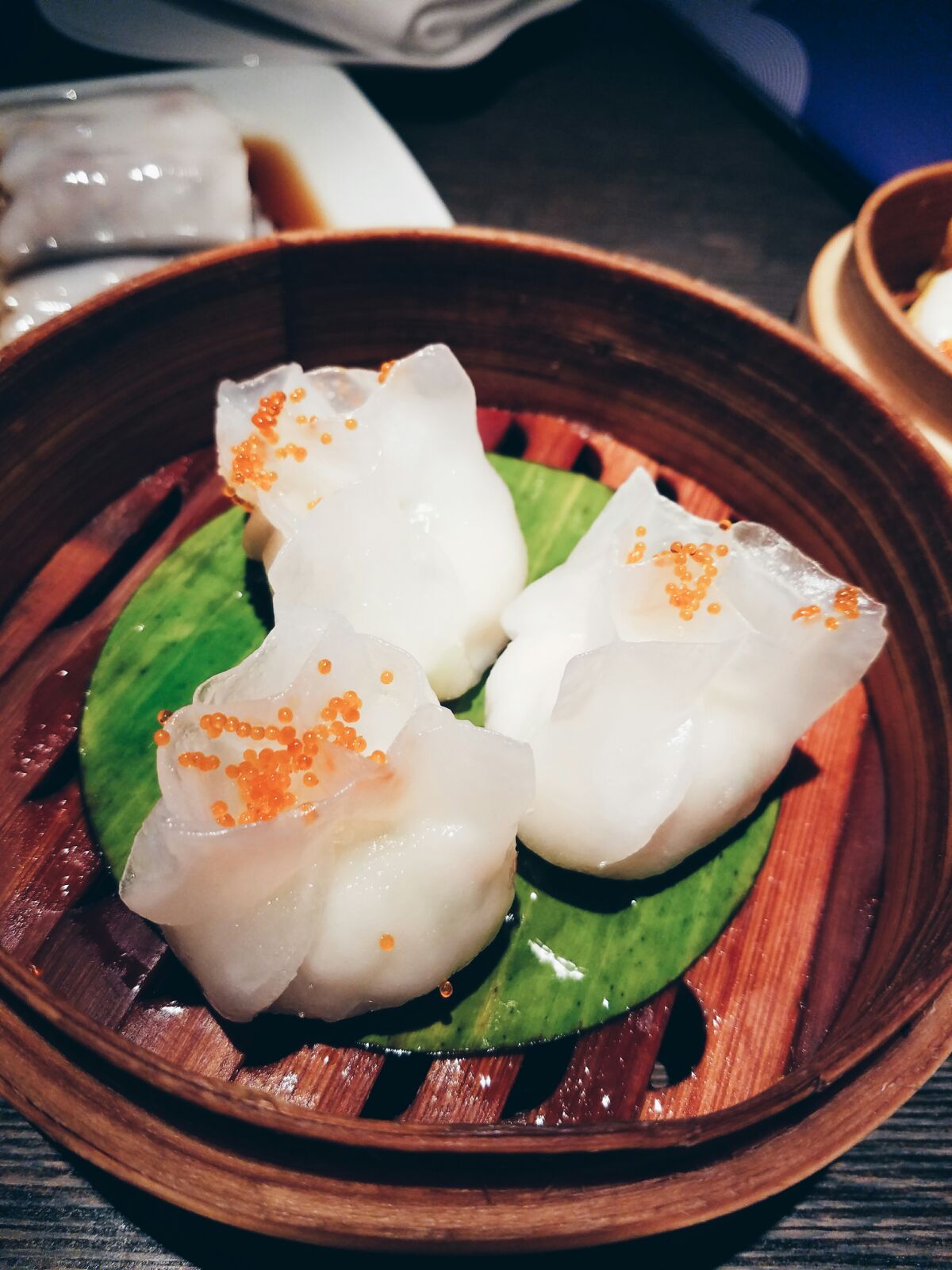 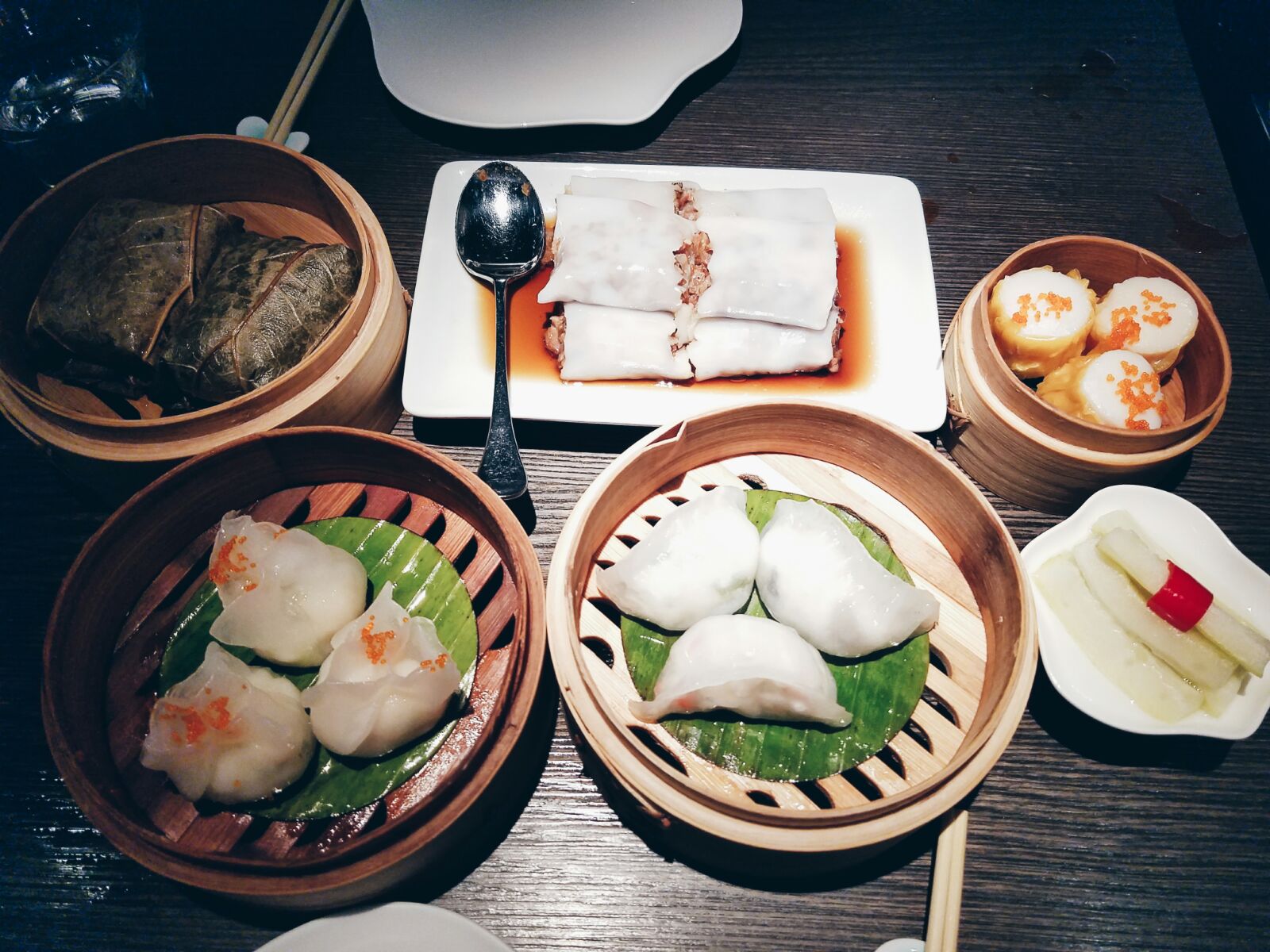 But overall it’s what you expect from your average dim sum. The desserts were much better – we ordered a coconut, pandan & lime cake and a raspberry & lychee cake. There were a lot of other desserts to choose from, including macaroons! 😛 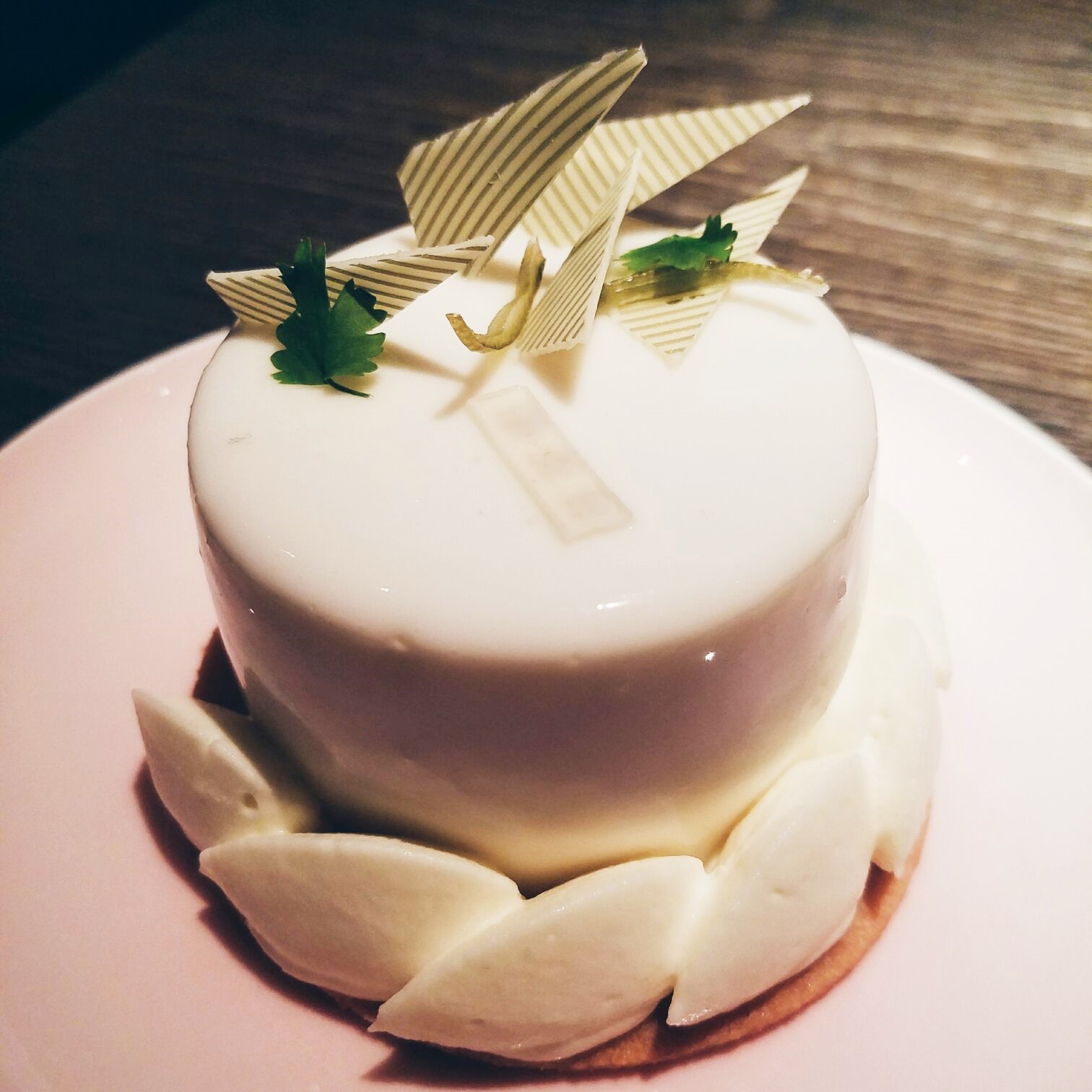 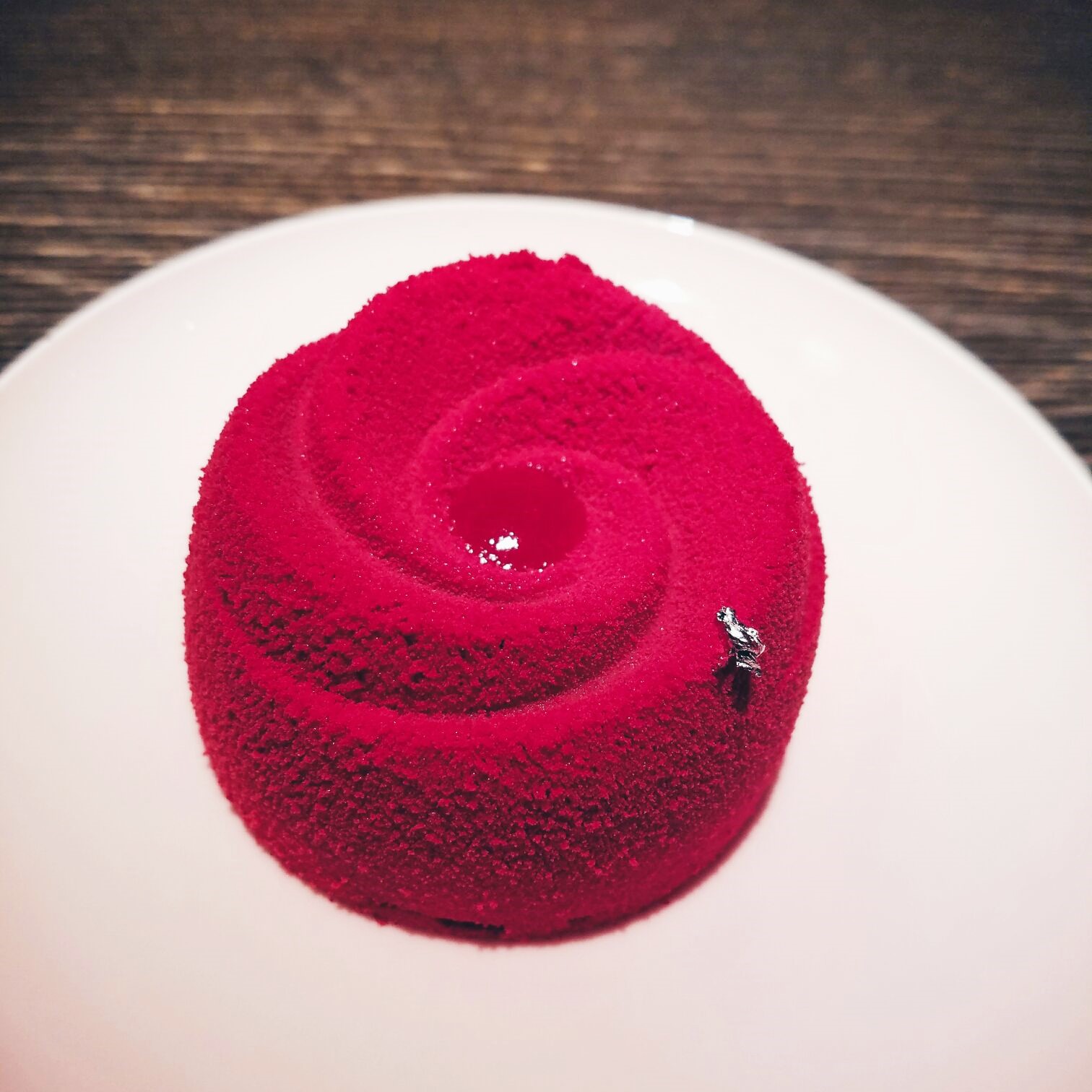 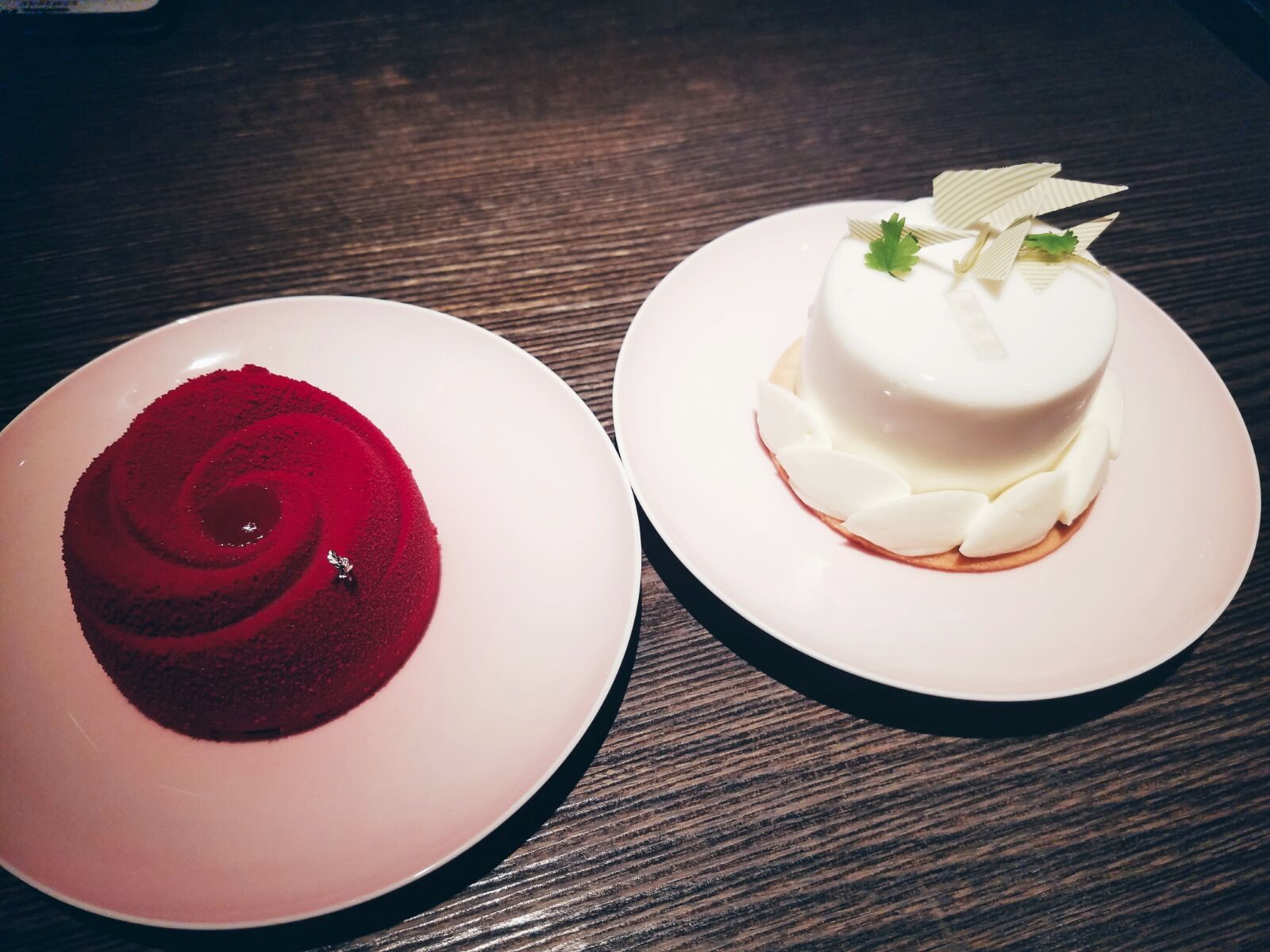 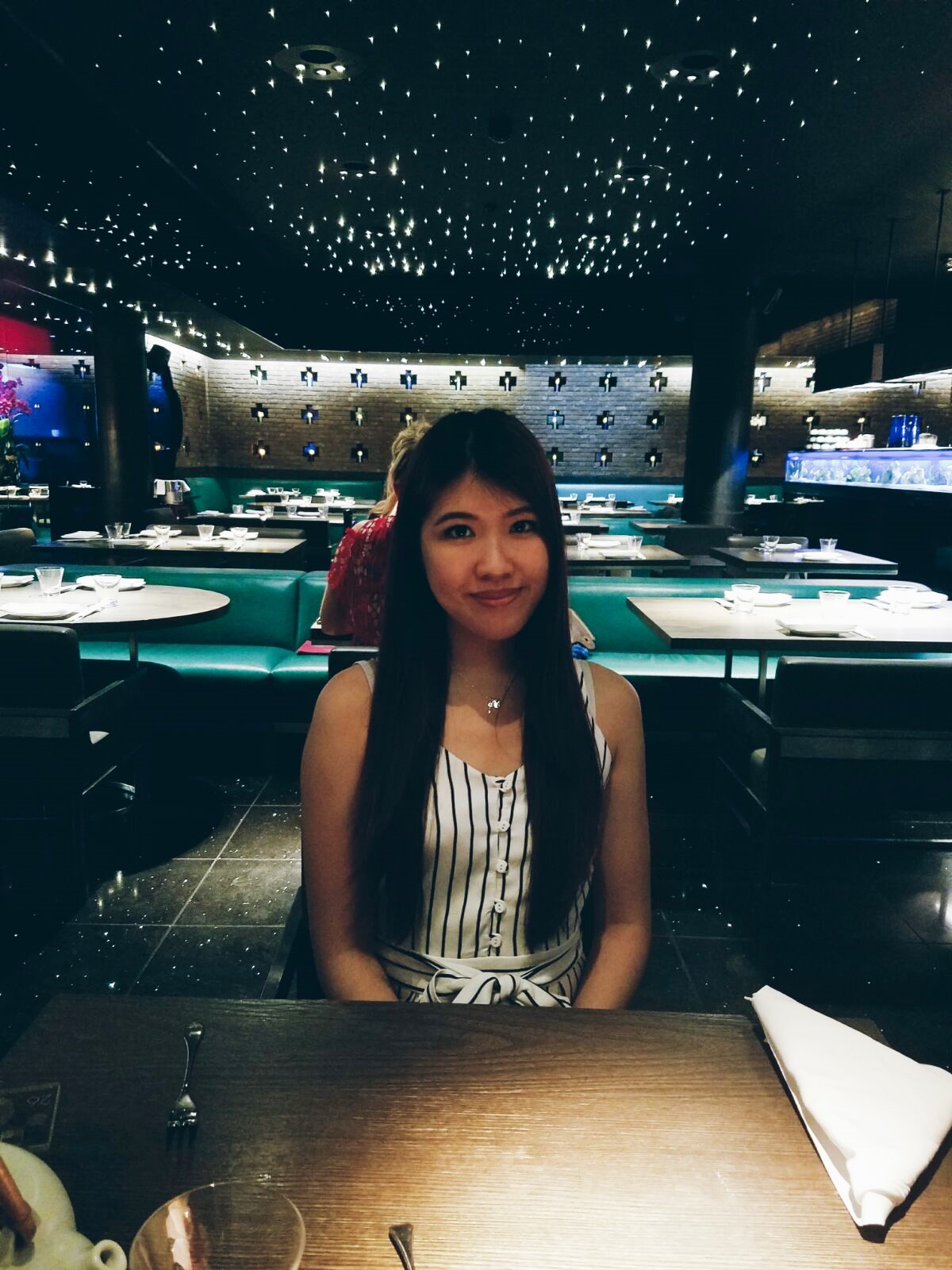 The décor of the restaurant looked authentic and oriental, and the ceiling was really pretty, it looked like little stars! After that, it was raining outside so we decided to head to the cinema and watch ‘Me Before You’, and it was such a good film!

For dinner, I surprised my boyfriend by bringing him to Sketch in London. Sketch is usually known to be a fancy place to have afternoon tea, but they also do dinner and have a bar. The food was really good; we ordered the tasting menu, but be prepared to splash out a bit if you are planning on visiting Sketch – it was pretty expensive! (can be about £100 per head).
For starters: 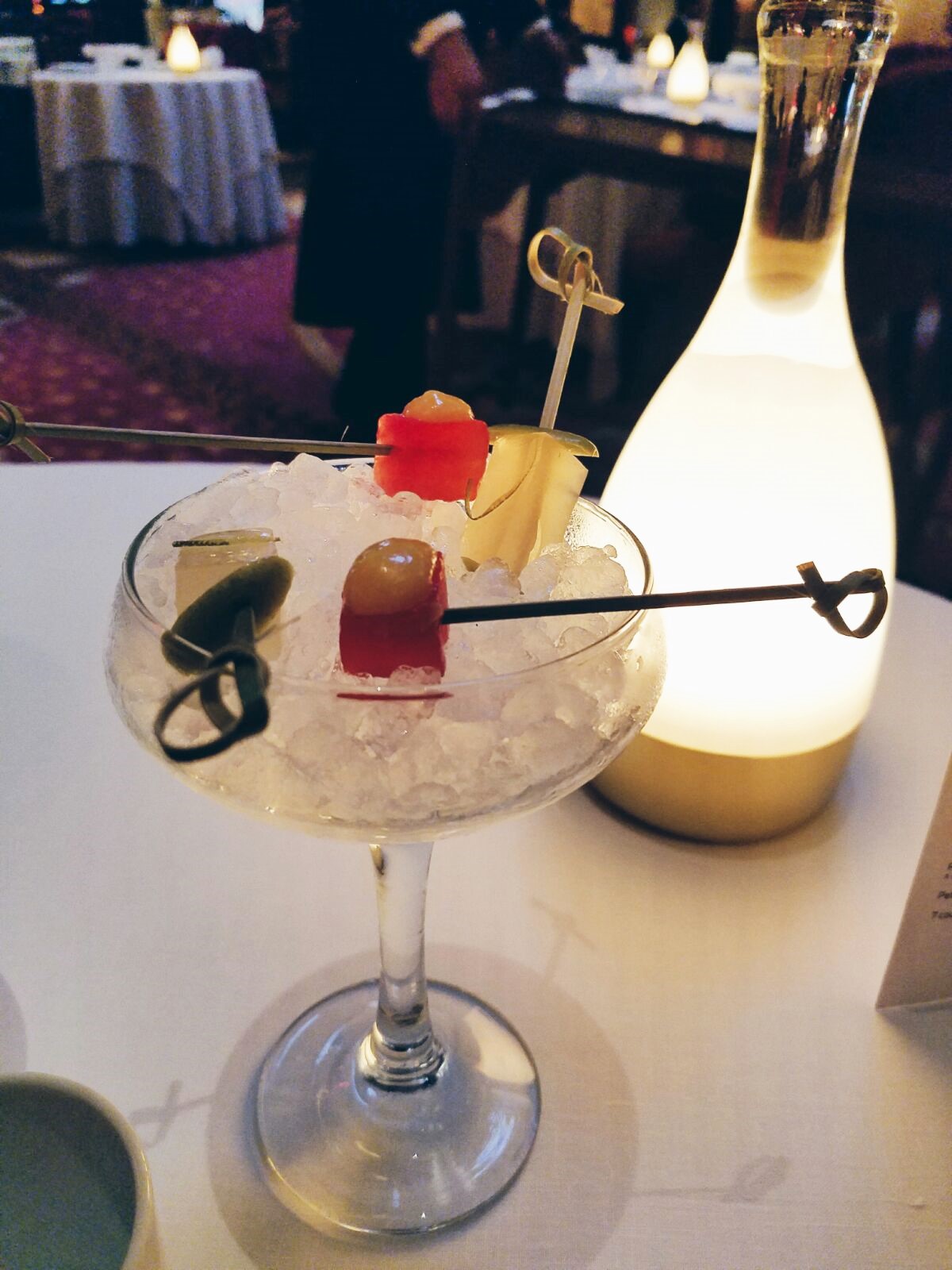 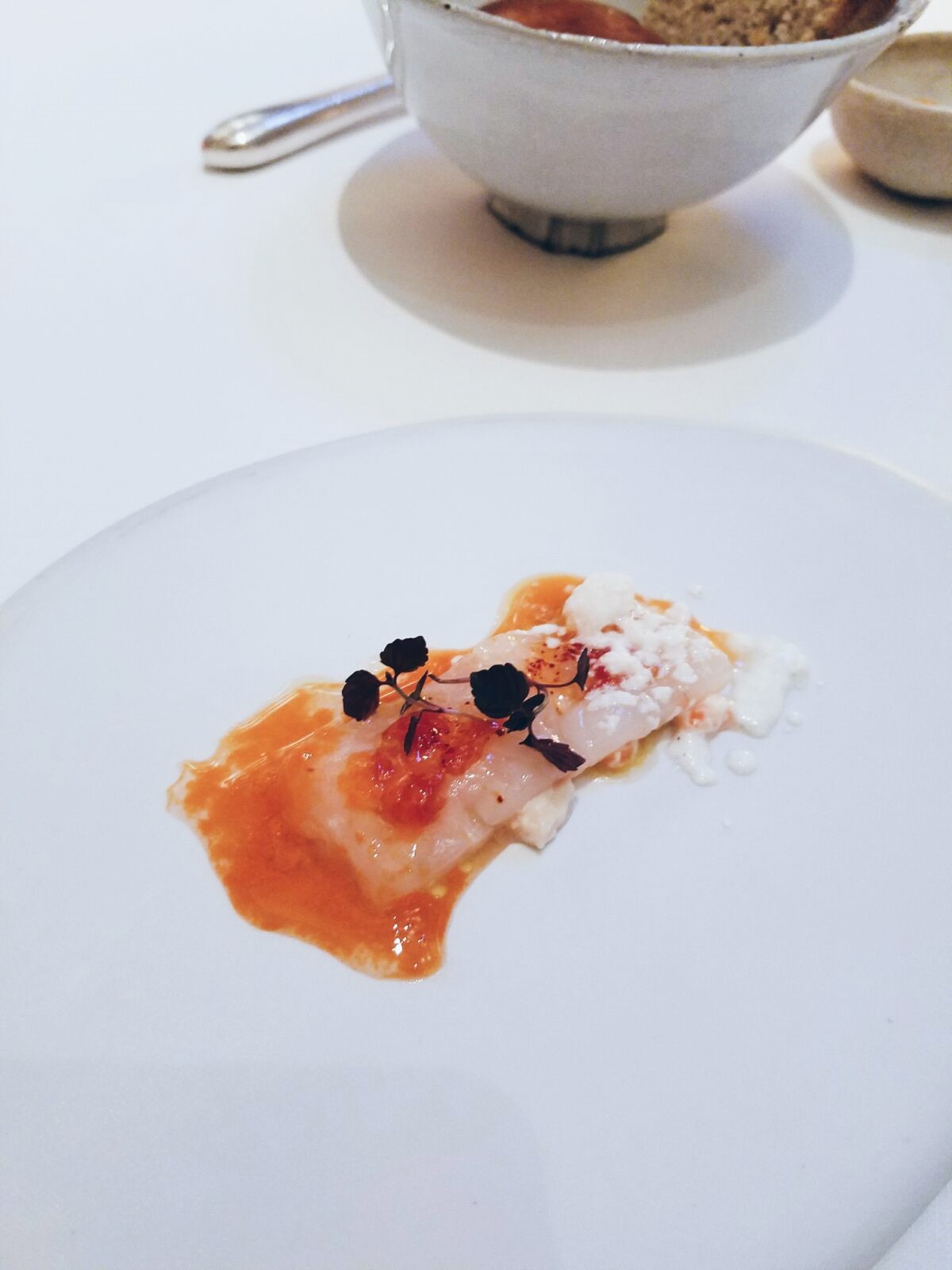 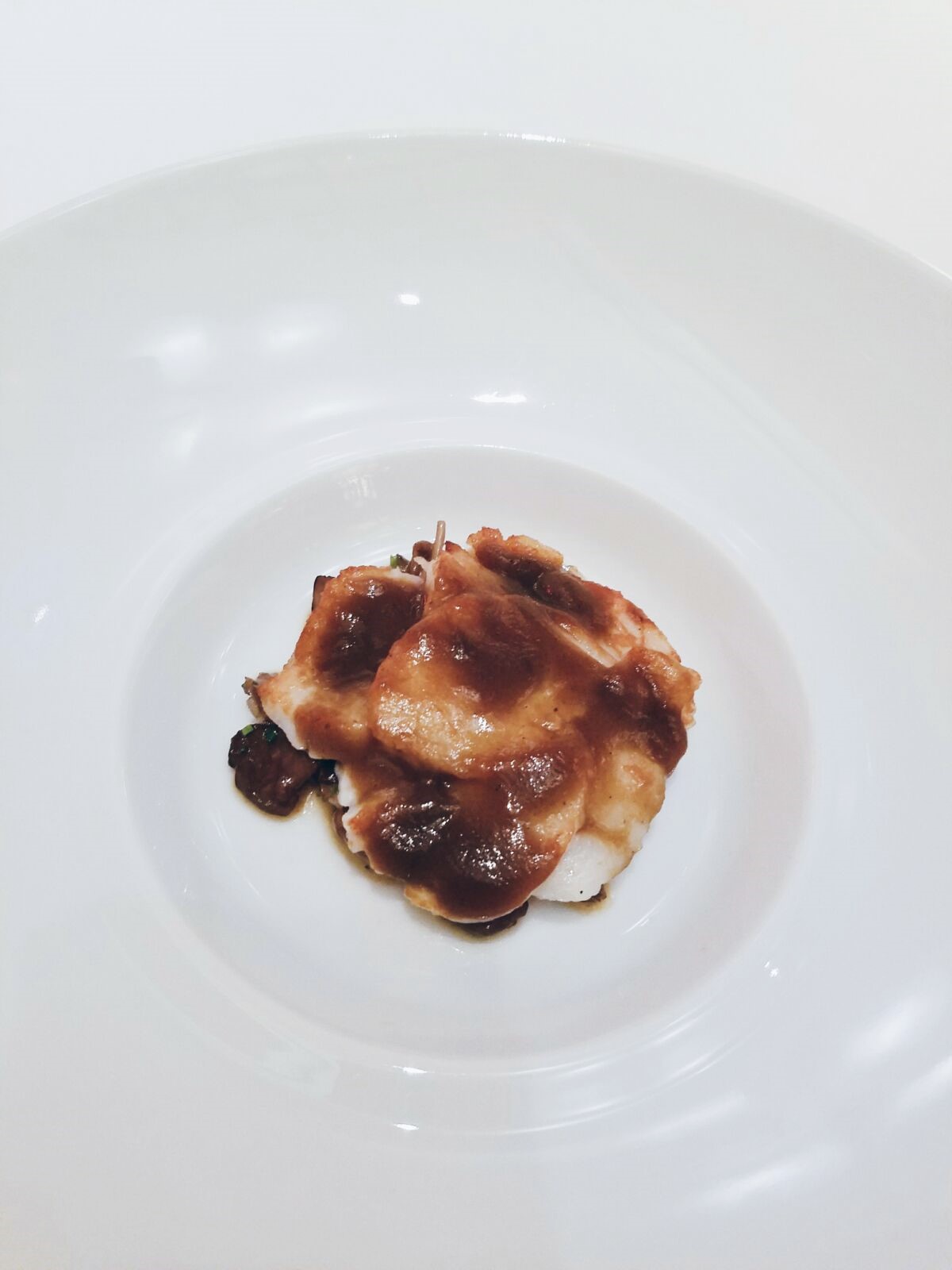 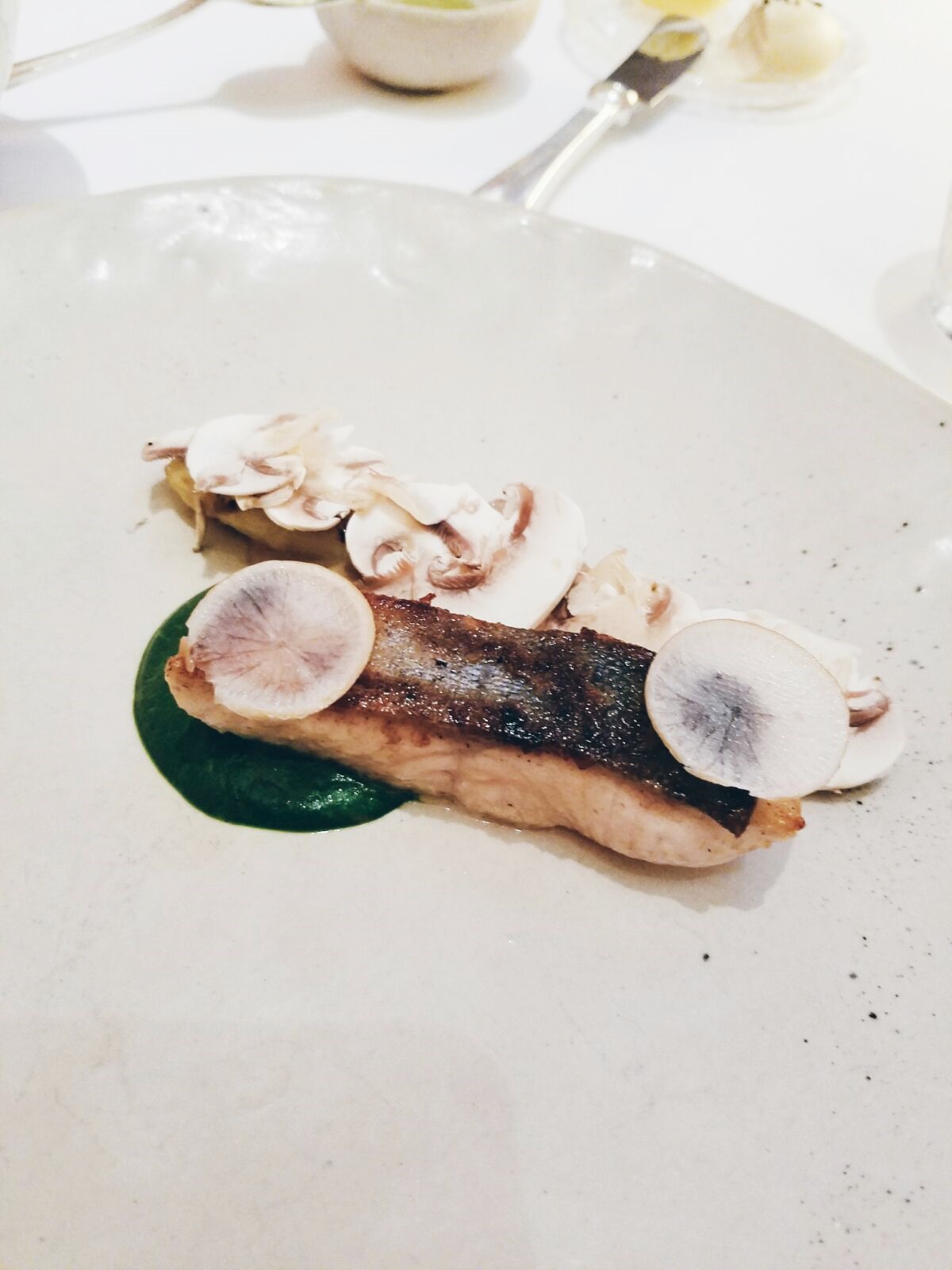 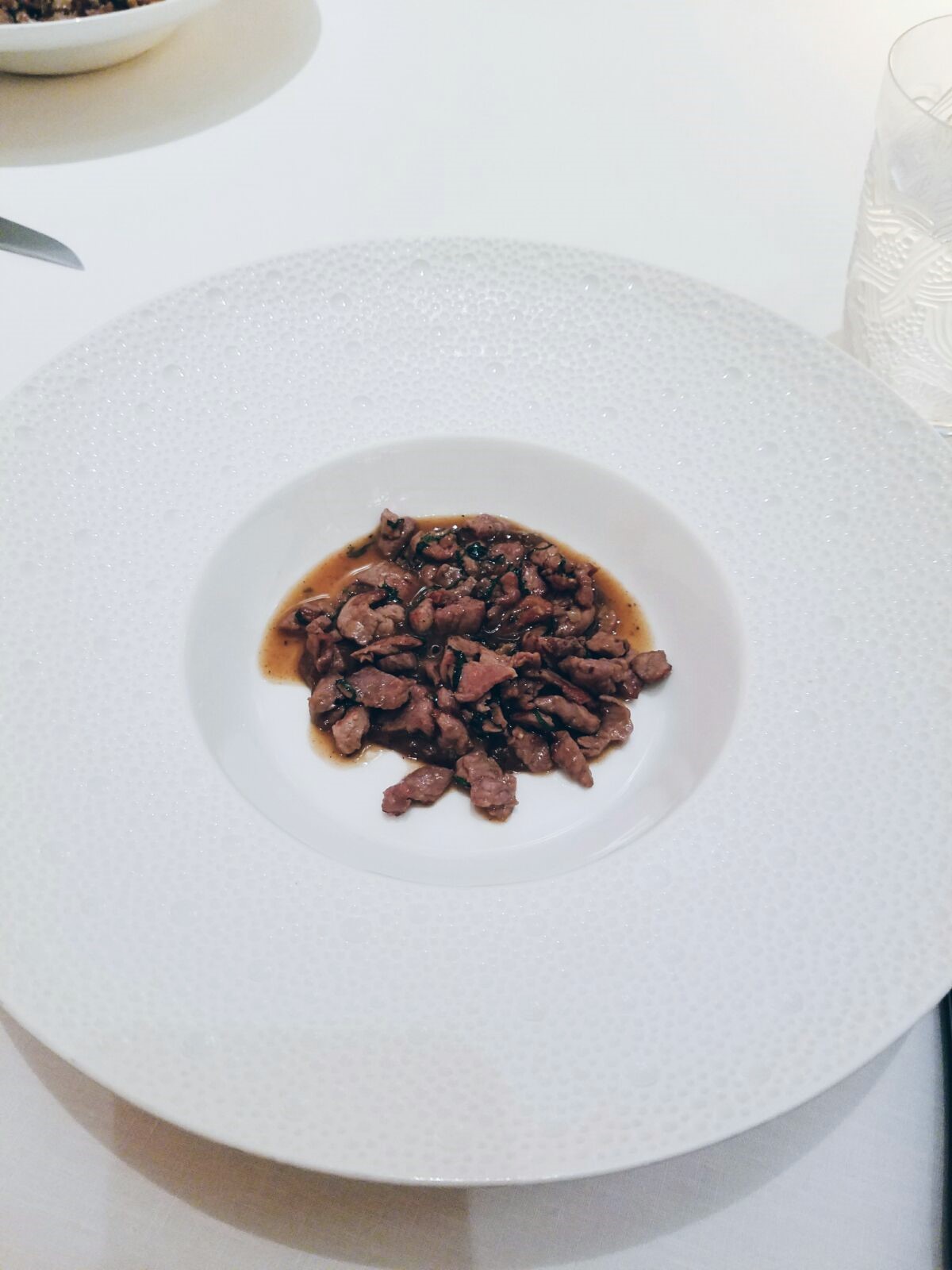 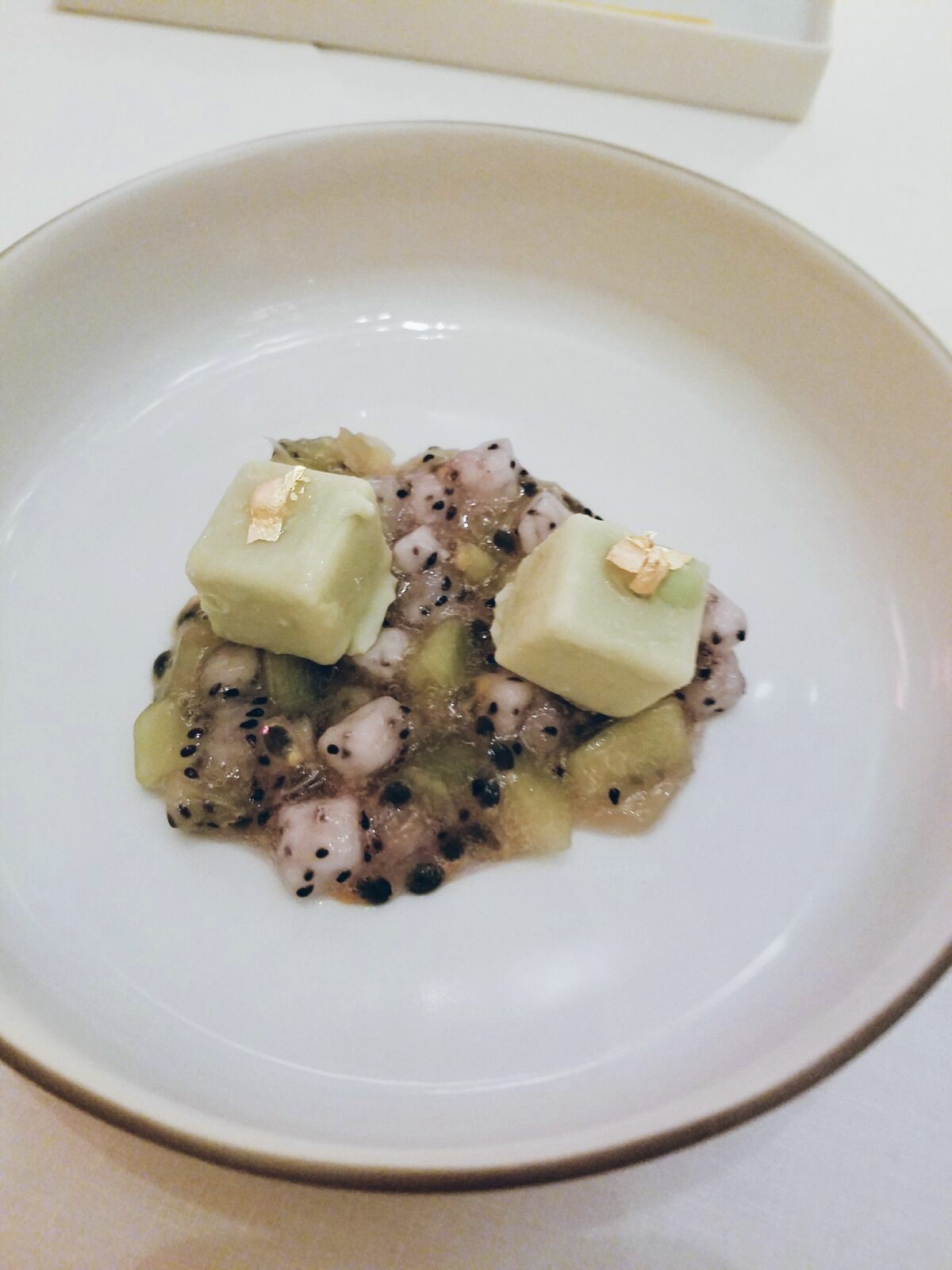 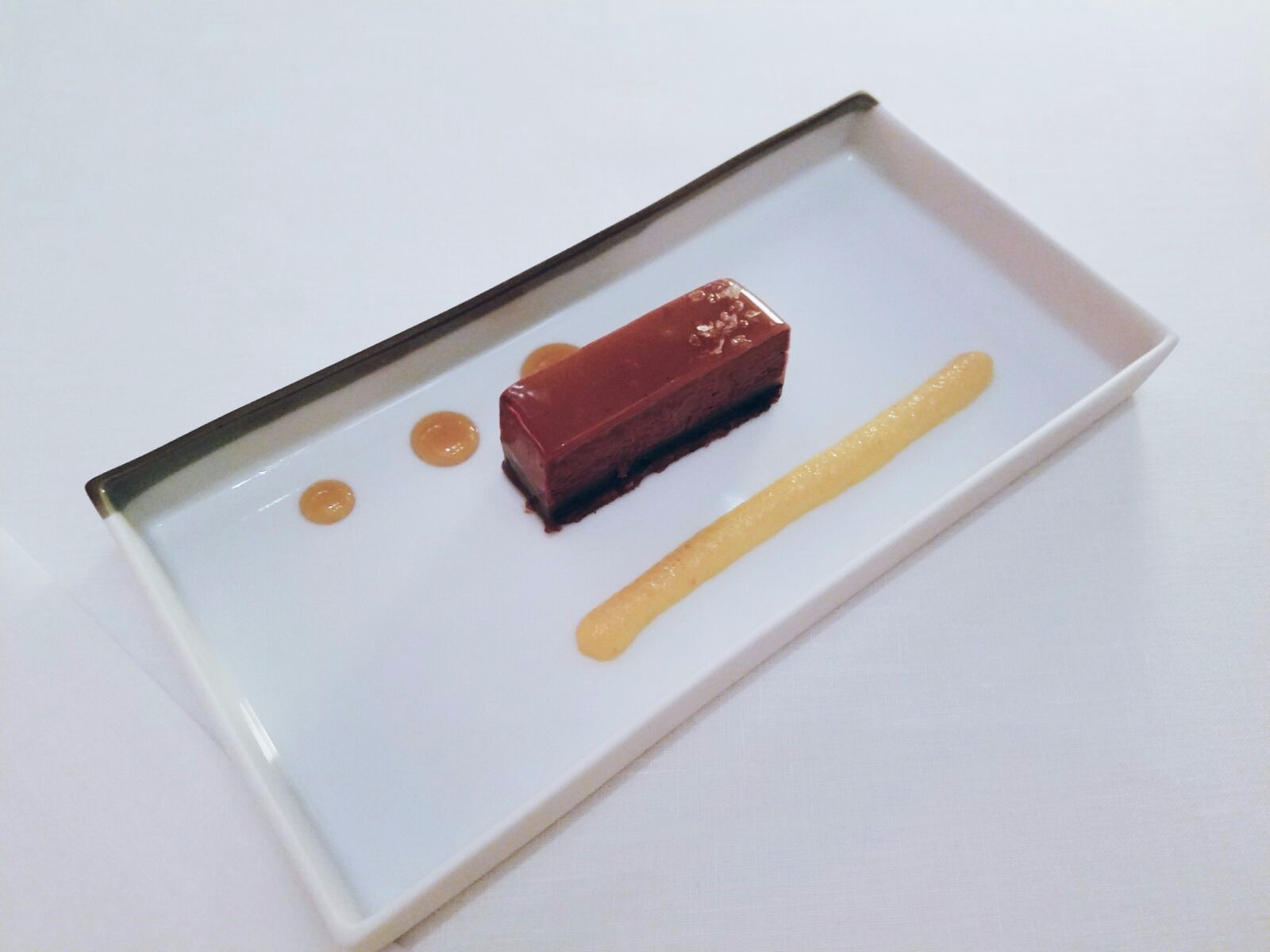 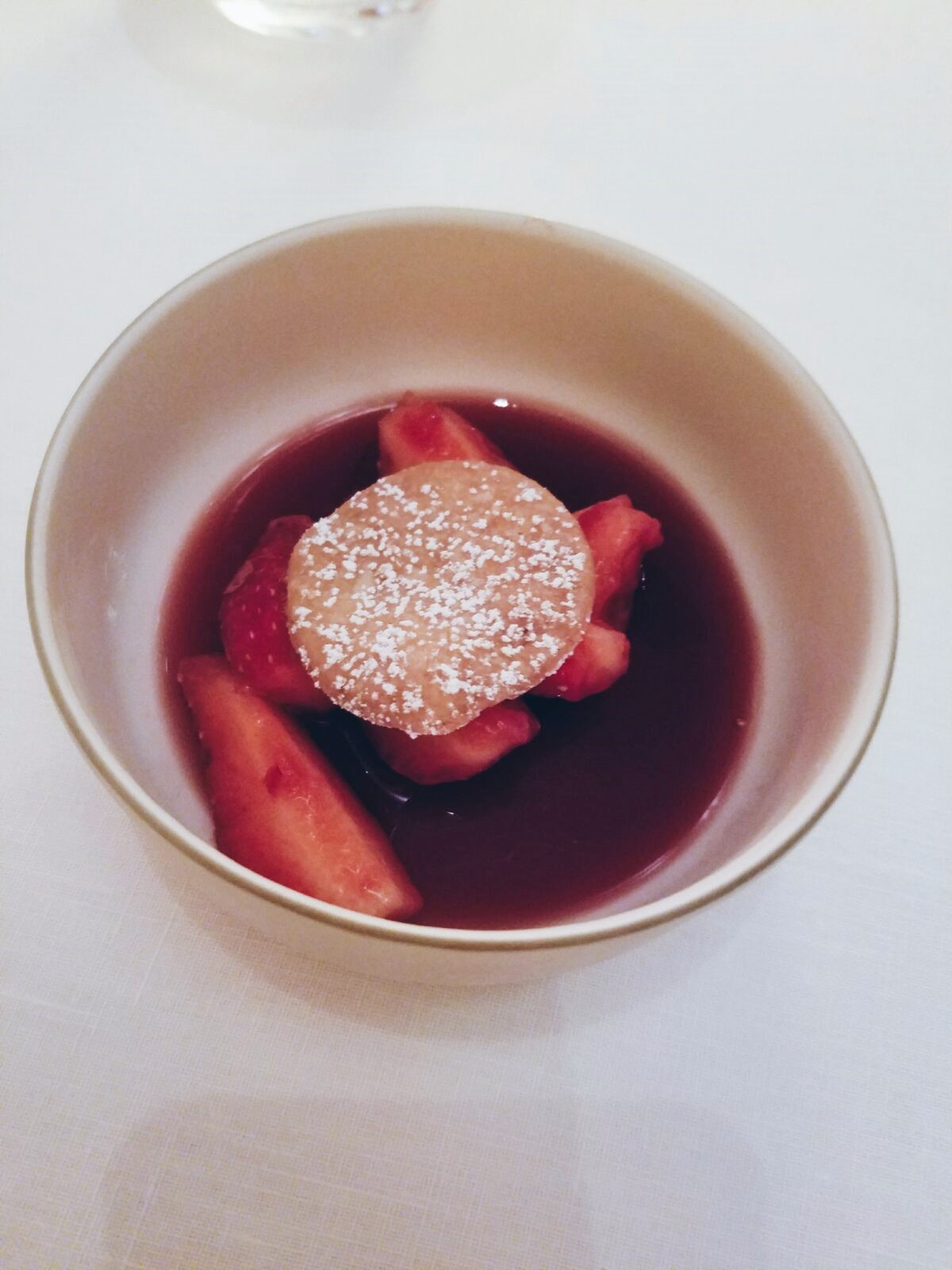 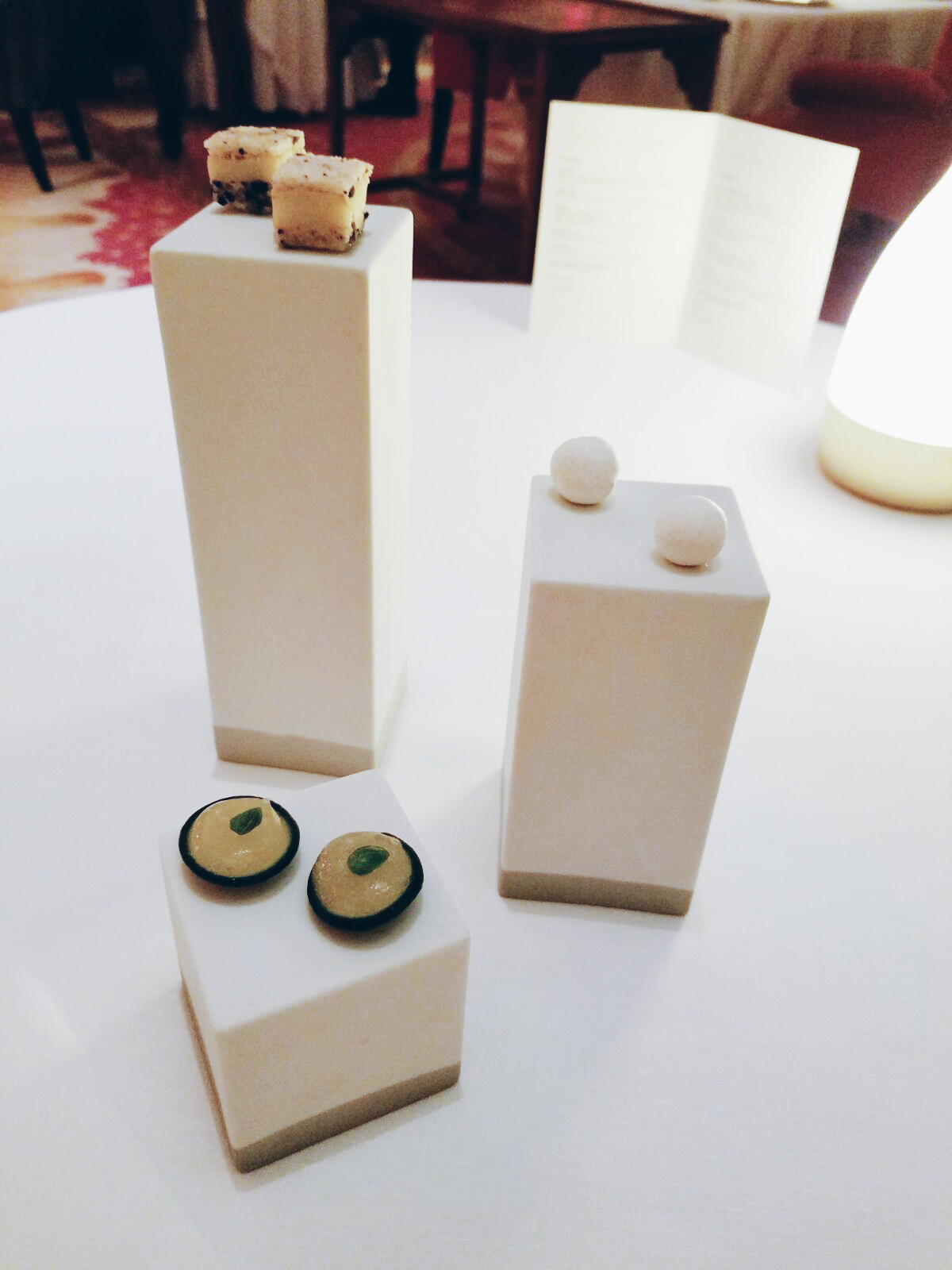 And to finish off… 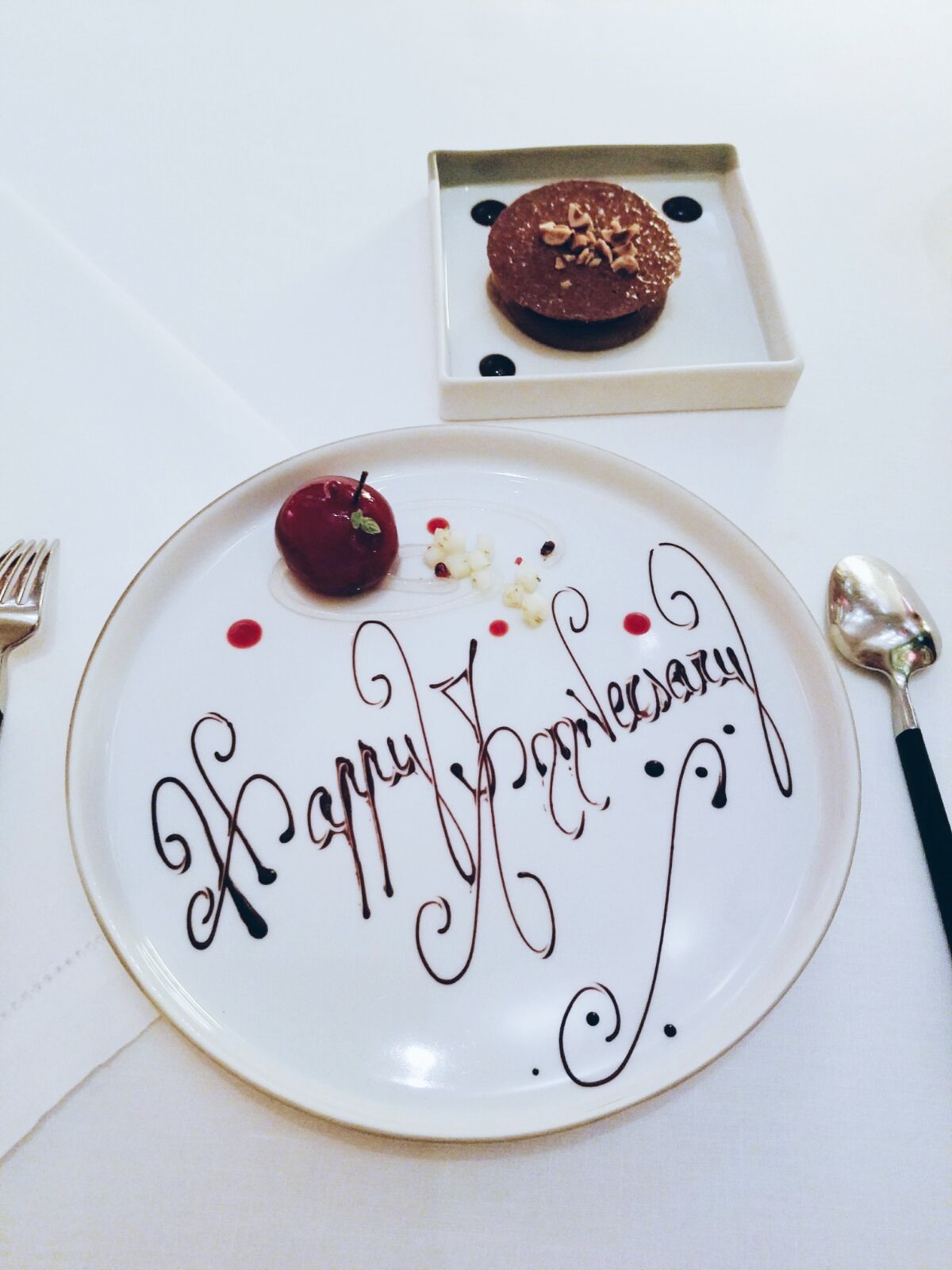 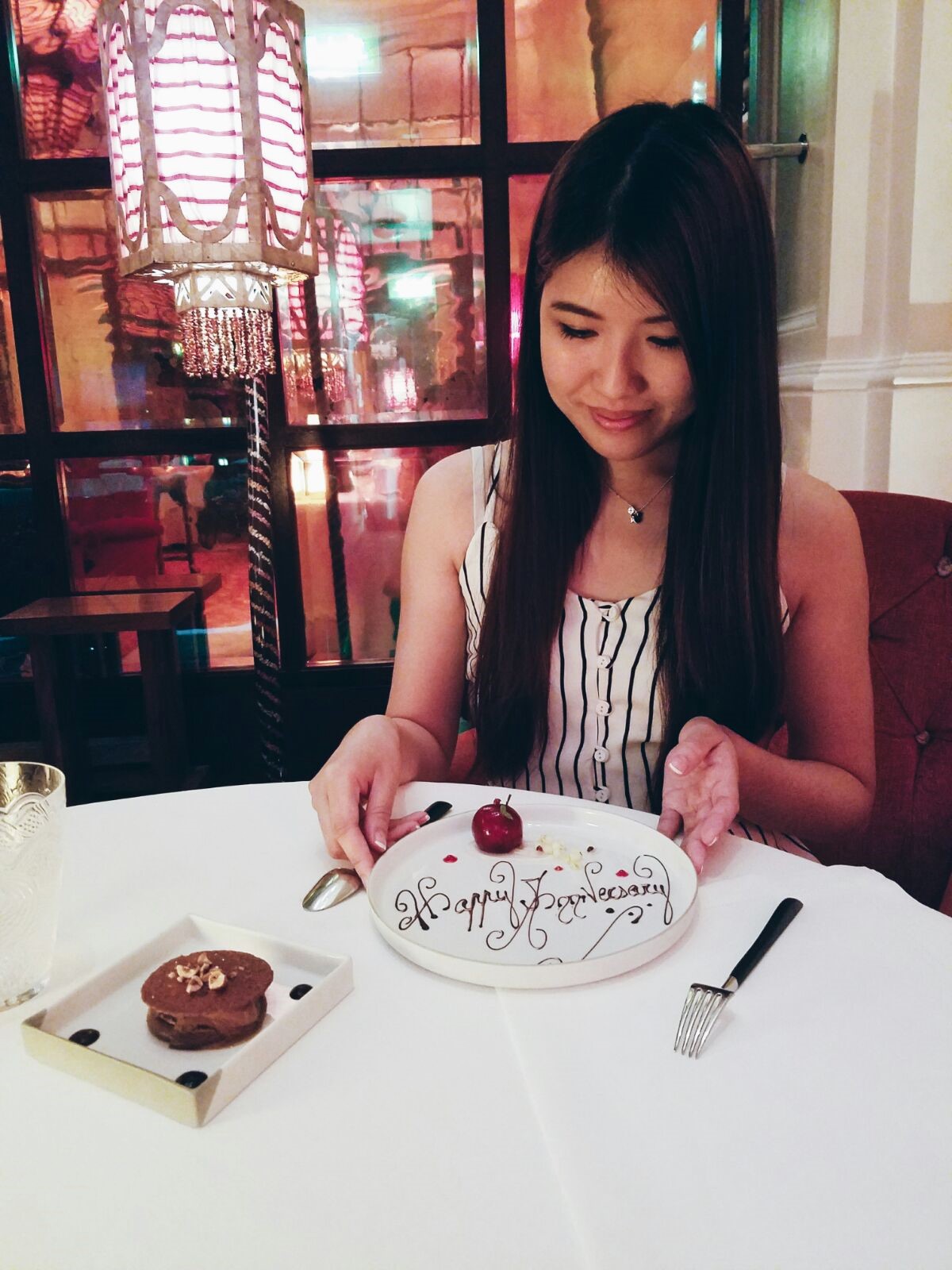 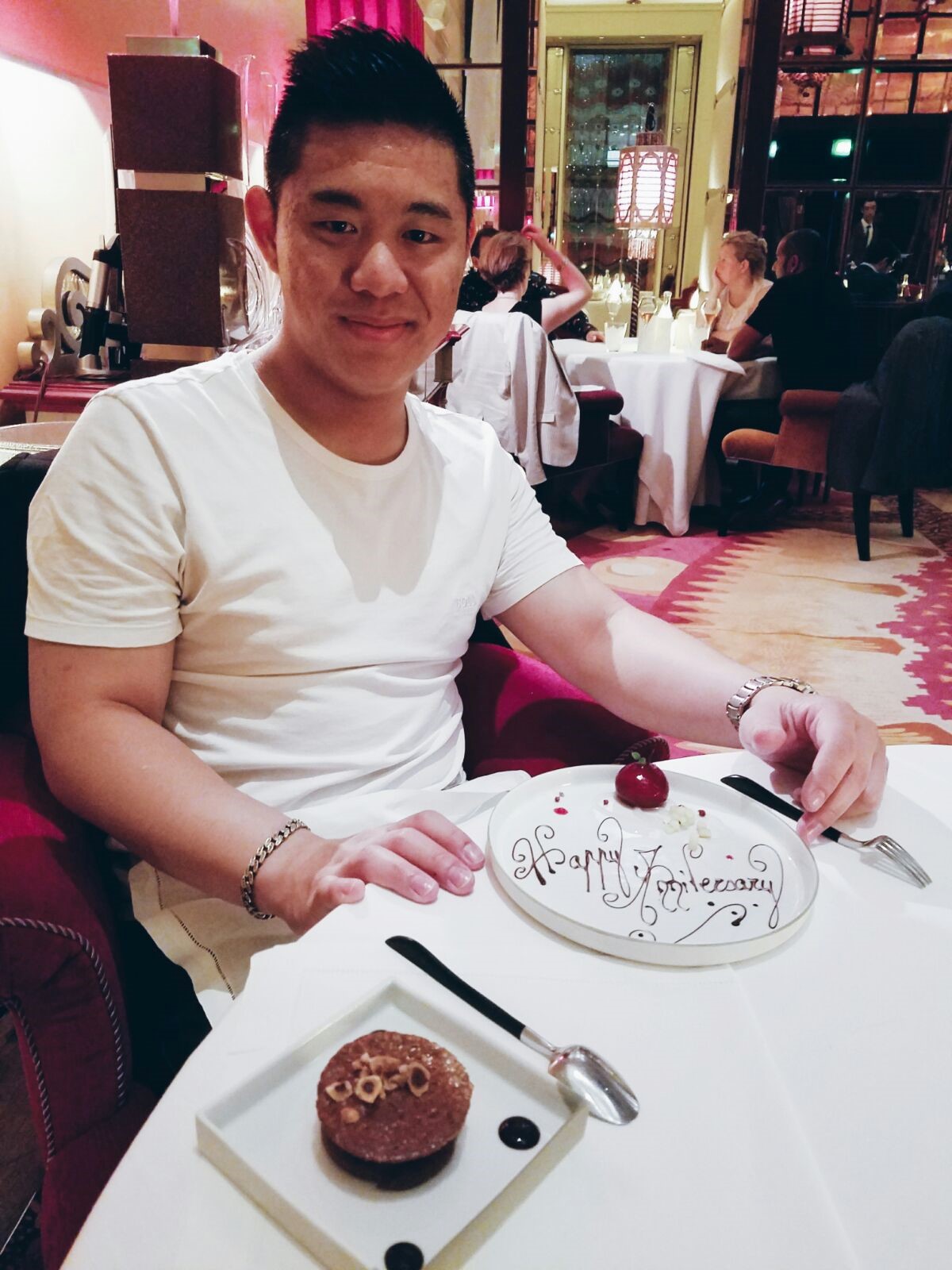 Overall, we were really pleased with our meal, and I particularly liked the salmon and the caramel chocolate mousse cake! 🙂 But this is definitely a place we’d only go for a special occasion like this haha the décor inside was very glamorous and the staff were very helpful and friendly. This was a great way to celebrate our first anniversary together.
Follow my blog with Bloglovin