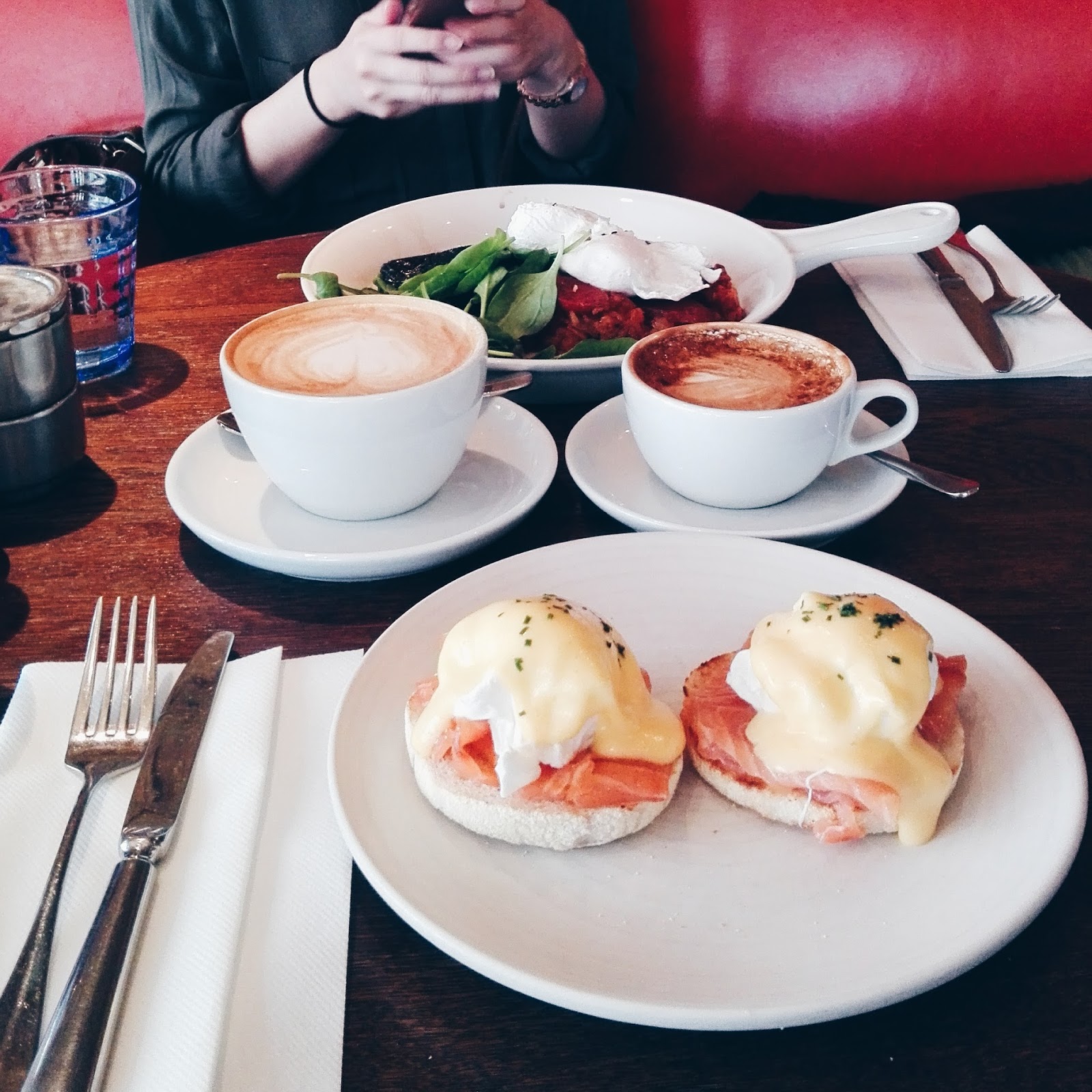 My sister, Mellissa and I decided to travel down to London early to have breakfast at The Riding House Café in Oxford Circus. We ordered our coffee first; a flat white and a latte. Then for breakfast we ordered a Chorizo Hash Brown and an Eggs Royale. 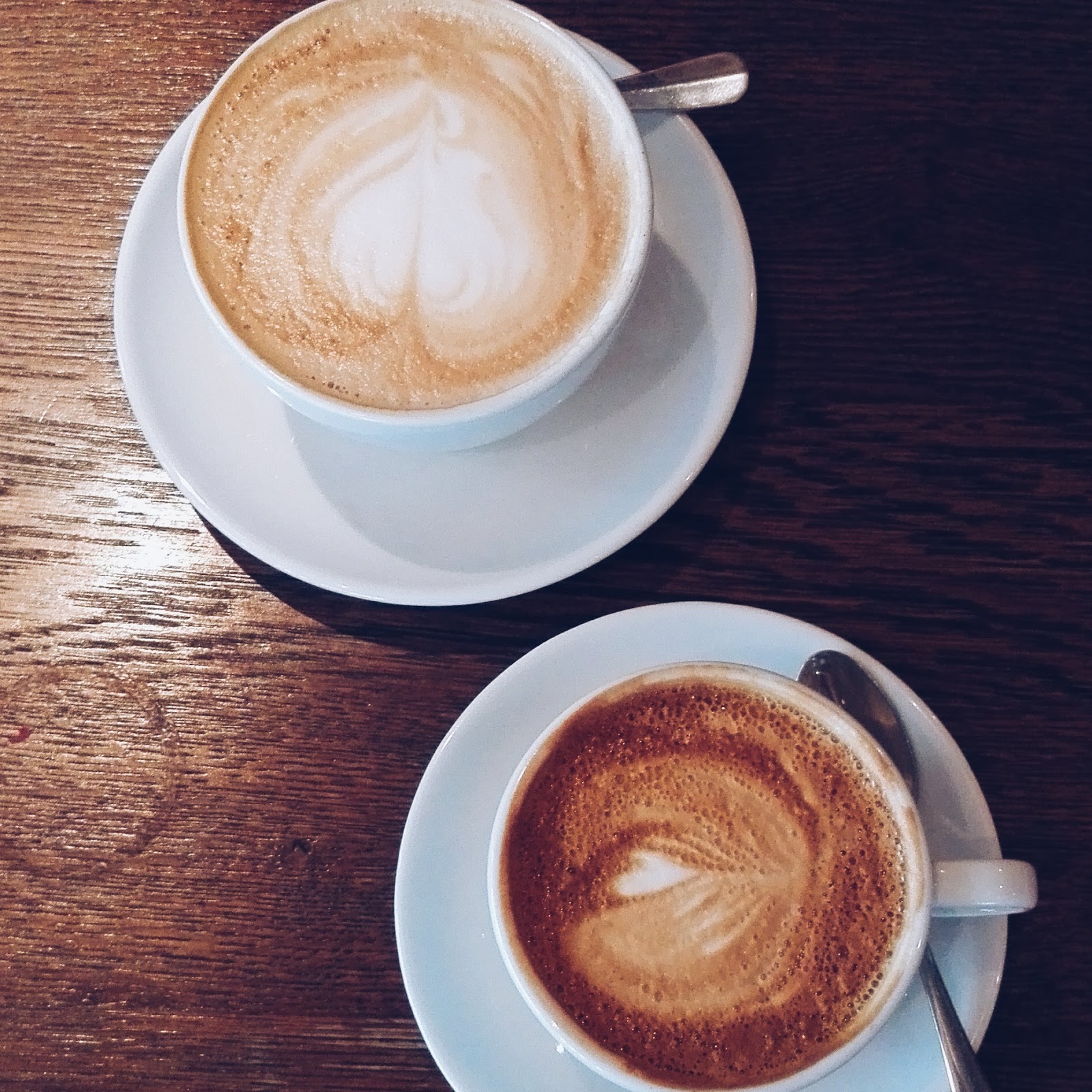 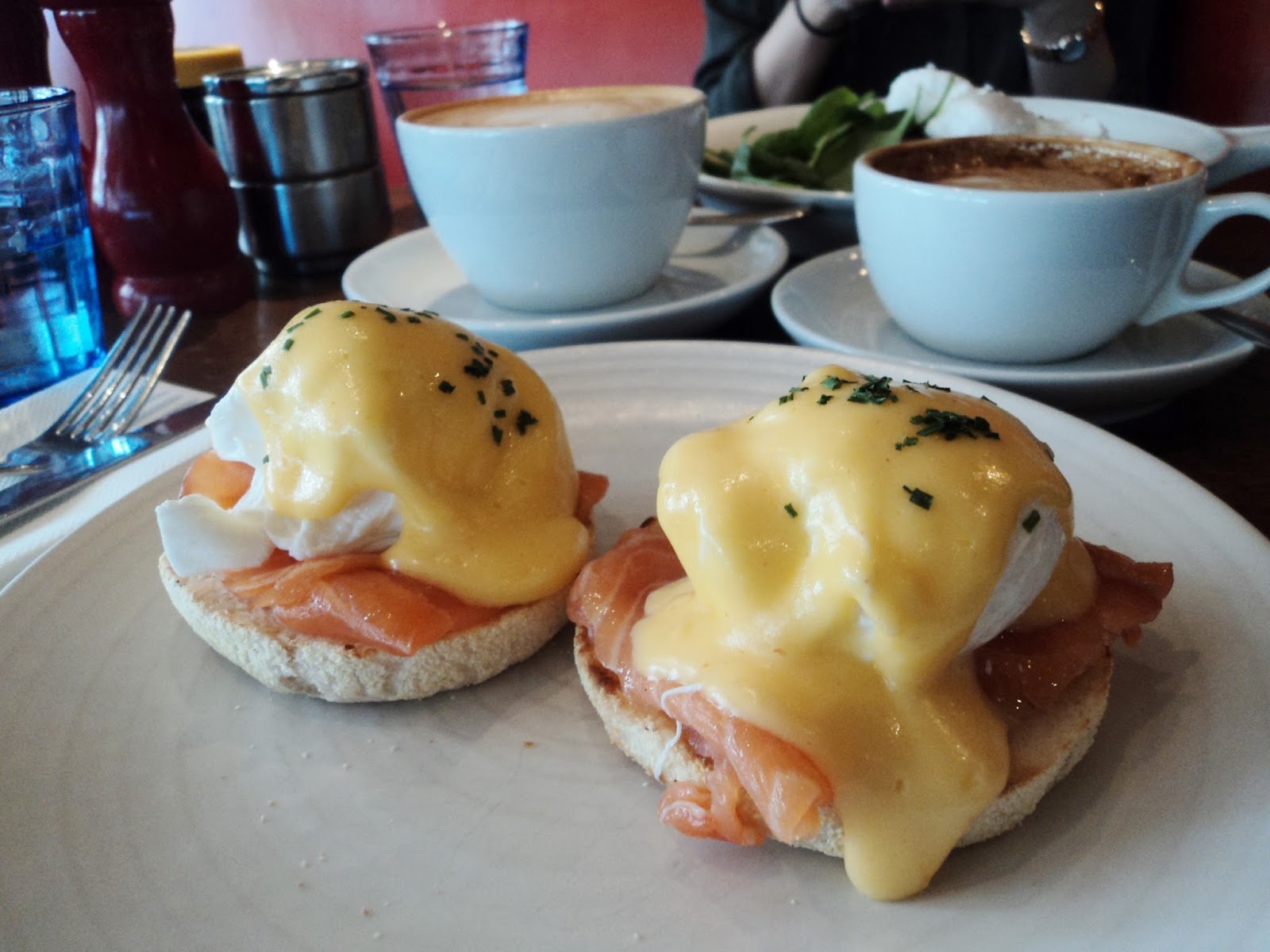 I thought I’d give the Eggs Royale a try because I’ve only tried Eggs Benedict before and I wanted to try the same thing with salmon instead of bacon. The food was good, although the Chorizo Hash Brown was a little salty. The café atmosphere was nice, the place was really big and modern. 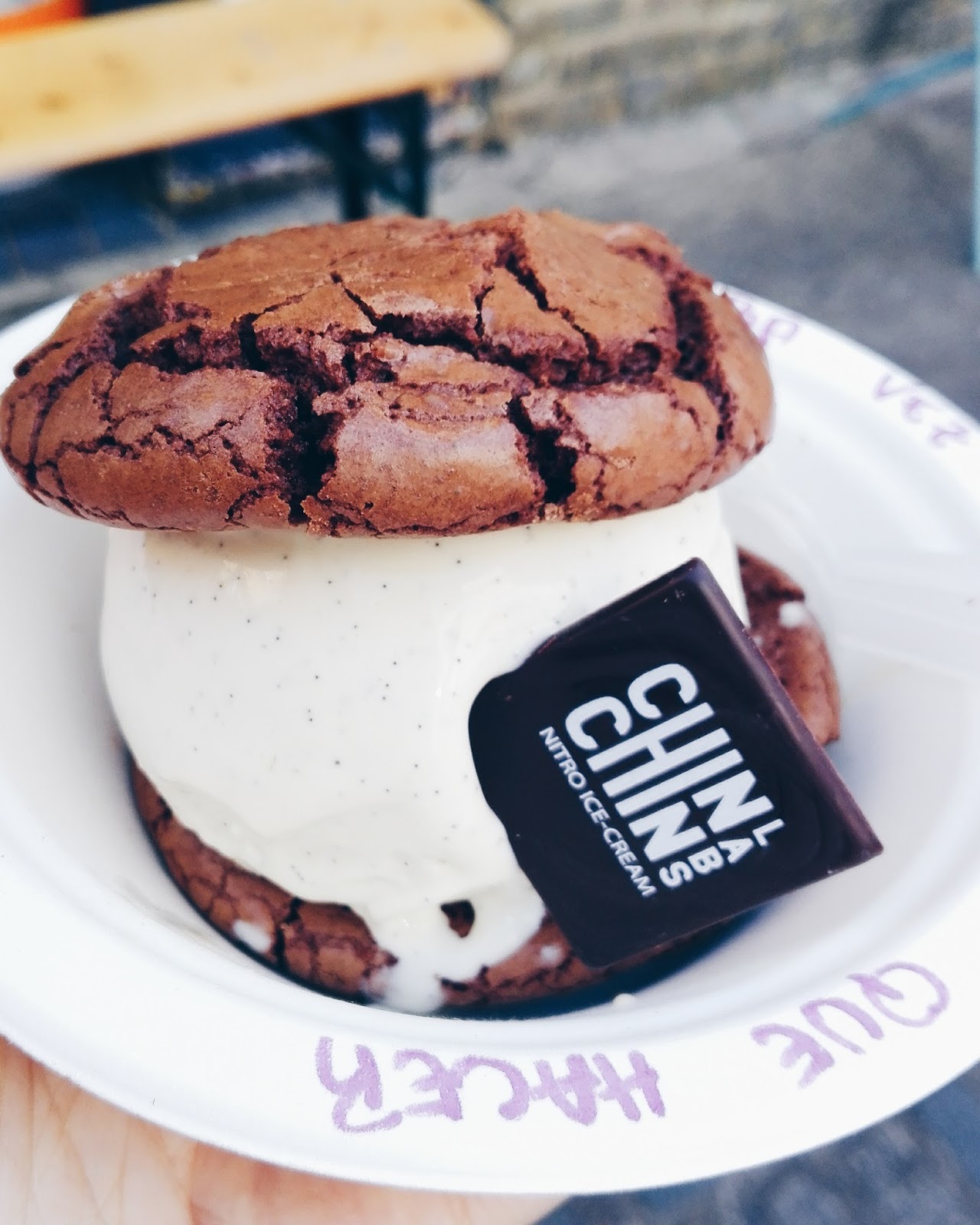 After that, we decided to head to Camden Town to try and find the liquid nitrogen ice-cream sandwich that is becoming very popular these days. We went to Chin Chin Labs and bought a ‘brown-wich’, which is basically two chocolate brownie cookies surrounding a scoop of vanilla ice cream in the middle to make the ‘sandwich’. There were other flavours of ice cream too, such as burnt butter caramel, coffee and doughnuts and apple turnover. They made the ice cream right in front of us with their big machine that had steam coming out of it, which would be the liquid nitrogen. The last time I had a liquid nitrogen ice-cream was in Hong Kong. Anyway, the brown-wich was really good, it was so chocolatey and it was actually quite big. My sister and I shared one and it was definitely enough for the both of us! haha 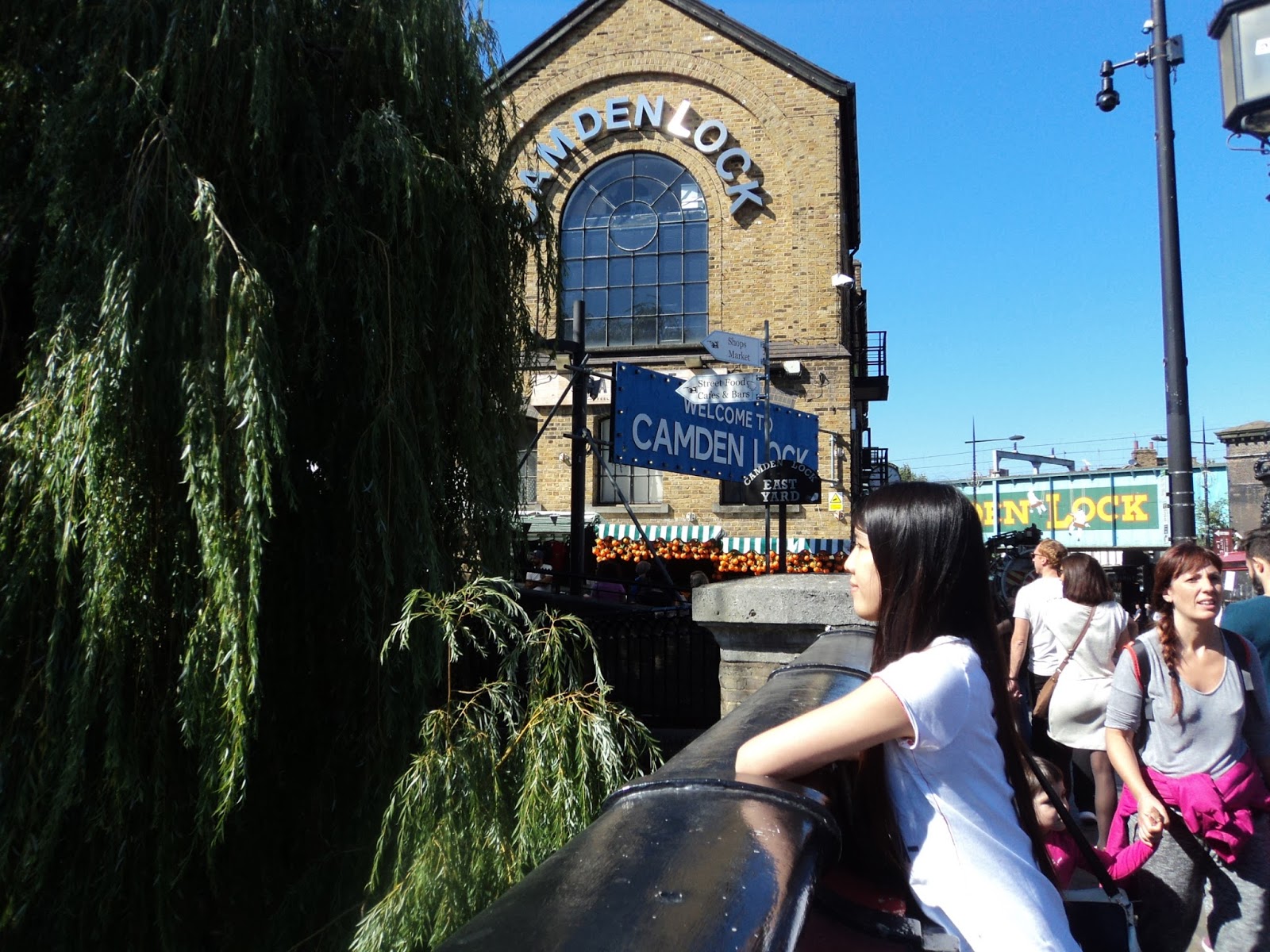 Then we walked around Camden for a little while and browsed in Camden Market. I’ve been to Camden a few times before and I really enjoy going to Camden Market as there is a lot of things to see and buy, and the street food there is good and quite cheap. 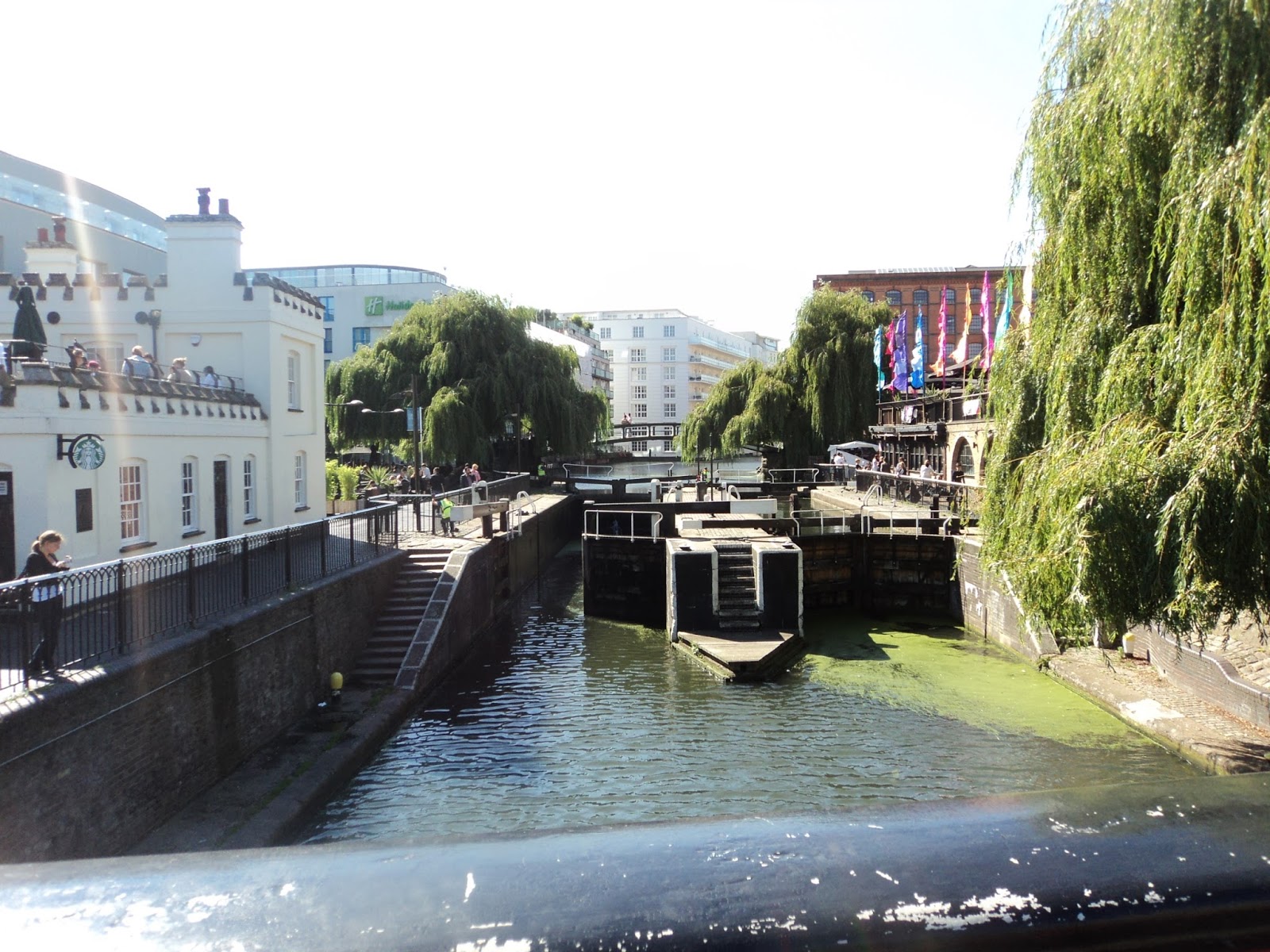 Camden Lock is across the road from Camden Market and it also has lots of shops, stalls, pubs and restaurants. If you are visiting the UK, Camden Town is a great place to go!
Follow my blog with Bloglovin